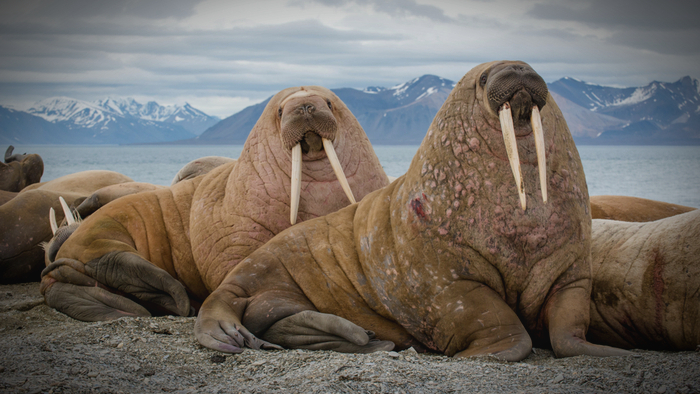 • Imogen Calderwood at Global Citizen highlights five animals that are becoming symbols of human impact, and are cause for environmental action.

• What are ecological activists doing to ease the pain of animal suffering at the hands of climate change?

• Here are some crucial points to consider for funders interested in addressing wild animal suffering.

This week, David Attenborough’s new Netflix documentary Our Planet has created another of these symbols: a walrus falling off a cliff, a behaviour the animal has learned in response to the pressures of climate change.

Tragically, it’s often images of animals’ pain and suffering that spark the biggest reaction from viewers — but it’s also these images that are making people pay attention to the changes that they can make in their own lives and call for action from world leaders.

These are five of the most iconic animals affected by climate change whose suffering has inspired action.

Read the full article about animals that have become symbols by Imogen Calderwood at Global Citizen.

Animal Welfare is a fascinating topic, and others found these events, galas, conferences and volunteering opportunities aggregated by Giving Compass to be relevant for individuals with a passion for Animal Welfare.

If you are interested in Animal Welfare, please see these relevant Issue Funds, Charitable Organizations or Projects where you can get involved.