A Group of Afghan Women Are Leading Demining Efforts in Afghanistan 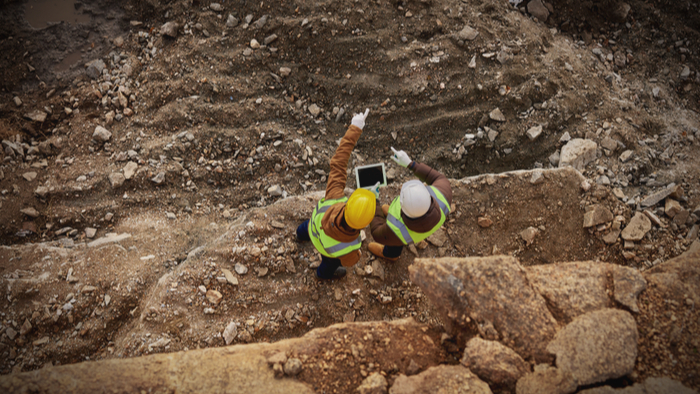 •  Funded and launched by the United Nations Mine Action Service (UNMAS), a group of women in Afghanistan are leading demining efforts to clear dangerous explosions.

•  How is this women-led effort critical to building female agency?

• Read about other efforts of women helping clear their countries of landmines.

This women-led demining effort, launched and funded by the United Nations Mine Action Service (UNMAS), is a milestone in 30 years of humanitarian mine action in Afghanistan. As these Afghan women clear dangerous explosives, they are also serving as powerful role models and decision makers. The program represents a new way the UN is working to advance multiple goals. It is part of the UN’s broader efforts to modernize and reform to better deliver for people around the world.

Mine removal projects are generally short-term. So the women deminers receive vocational training in fields including archeology, tourism, and business, providing a stepping stone to long-term careers. To ensure Afghan women’s voices continue to be heard, UNMAS requires as part of its grantmaking process that women be included in community discussions on how best to use territory newly cleared of explosives.

The continued hazard posed to civilians by explosives is grave: More than 1,400 Afghan civilians were killed or injured by landmines and explosive devices in 2018.

The agency informally engaged locals in Bamyan province around support for a women-led demining team. UNMAS then secured assistance from local government officials. UNMAS worked with the Danish Demining Group to recruit women participants, half of whom were previously unemployed. The unique women-led demining program in Afghanistan illustrates the diverse ways the UN partners with governments and local communities to promote peace and help vulnerable populations thrive.

Economic Dev is a fascinating topic, and others found these events, galas, conferences and volunteering opportunities aggregated by Giving Compass to be relevant for individuals with a passion for Economic Dev.