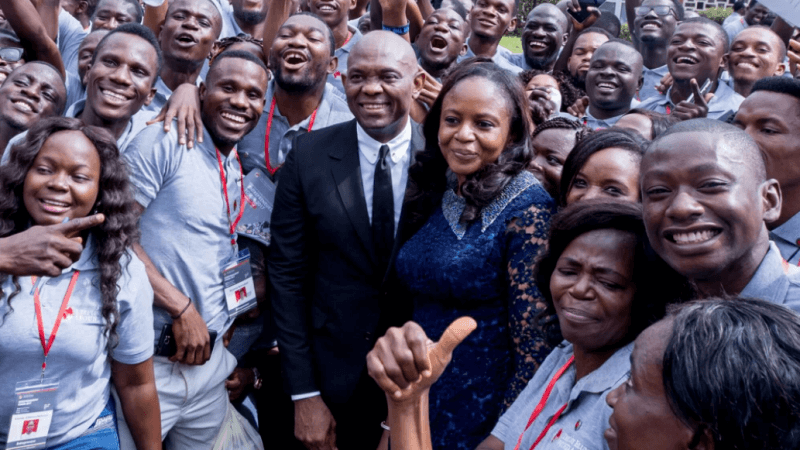 60% of Africans are under the age of 30. Every year, 12 million youths enter the labor market, yet, there are only jobs for 2–3 million. To create millions of jobs and unleash a new wave of prosperity across Africa, Tony Elumelu is staking $100M of his own wealth over a 10-year period to generate $10 billion in new revenue, create 10,000 new businesses and provide 1,000,000 new jobs. Tony’s bold vision is the reason the largest Pan-African gathering of entrepreneurs happened in Lagos, Nigeria on the 13th & 14th of October. Relationships were built, Networks were formed and partnerships were forged. But how did it all happen?

Each year since 2015, Tony Elumelu has been changing the lives of 1,000 African entrepreneurs like me who have big ideas but lack funding. Zounon Kevin from Ivory Coast says the grant will help finance his electronic payment system which processes cards using an android phone instead of POS, and is poised to give low income population access to microcredit. These entrepreneurs with diverse cutting-edge ideas not only proffer solutions to Africa’s problems but employ other teeming youths, helping to reduce unemployment across the continent. Tony Elumelu’s generosity is driven by his inclusive economic philosophy of Africapitalism; the belief that a vibrant African-led private sector, with significant participation from entrepreneurs, is the key to unlocking Africa’s economic & social potential.

Education is a fascinating topic, and others found these events, galas, conferences and volunteering opportunities aggregated by Giving Compass to be relevant for individuals with a passion for Education.