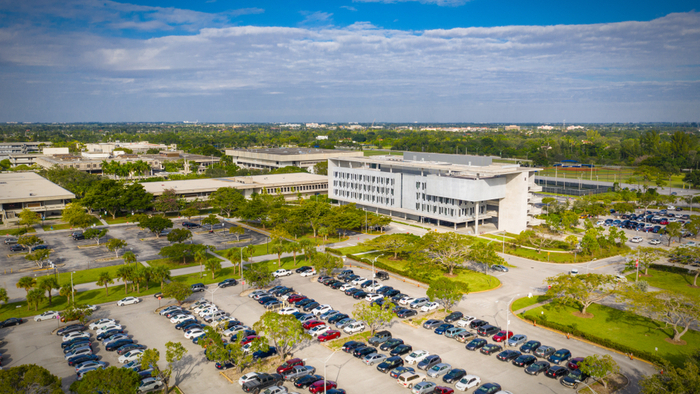 • The Aspen Institute explains how Miami Dade College is helping students find success after they graduate from the community college.

• How can funders help community colleges improve the outcomes of their students?

In taxis and restaurants, doctor’s offices and the mayor’s office, nearly everyone in Miami seems to have a relative who graduated from Miami Dade College — or they did so themselves. As the nation’s largest community college, with more than 95,000 students enrolled annually, Miami Dade’s presence is felt throughout the city.

Miami Dade provides a clear path to economic and social mobility for its students. One year out of college, graduates earn more than $40,000, on average: 23 percent higher than what new hires in the region earn. Alumni include some of the most influential business and nonprofit leaders in the region and internationally — including former presidents of Panama and Haiti.

The college is geographically dispersed, across eight campuses, and demographically diverse. Nearly three-quarters of students are Hispanic and 16 percent are Black. The college enrolls more than 17,000 immigrant students each year from more than 150 countries. The vast majority of students come from low-income households and are the first in their families to attend college.

Against this backdrop, Miami Dade College plays a critical and inspirational role in providing an on-ramp to higher education for students who may otherwise have never found one. It’s why President Eduardo Padrón — himself a Miami Dade graduate — has dubbed Miami Dade “democracy’s college.” But the commitment to students doesn’t end with providing access — rather, the college is acutely focused on ensuring that students graduate or transfer and are successful in whatever comes next in their lives.

Read the full article about Miami Dade College at The Aspen Institute.

Higher Education is an important topic. Other members found these Giving Funds, Charitable Organizations and Projects aggregated by Giving Compass to be relevant to individuals with a passion for Higher Education.