Applying For Green Cards And Visas Under The Trump Administration 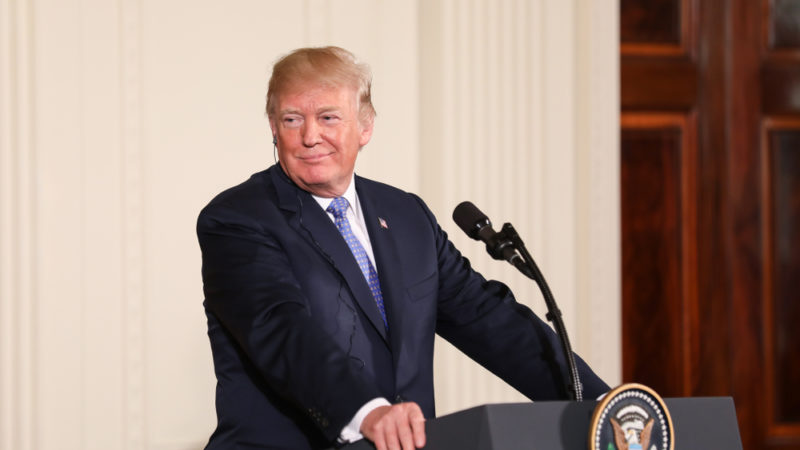 · Gavrielle Jacobovitz at HuffPost takes a look at the new “public charge” rule and how it would make applying for green cards or earning a visa more difficult.

· What is the “public charge” rule? How will it affect the immigration process?

· Here’s more about the “public charge” rule and immigration in the US.

The Department of Homeland Security officially published a change to what’s known as the “public charge” rule on Monday that would make it much harder to apply for a green card or earn a visa. The new policy, which is set to go into effect in mid-October, expands the definition of what would make an applicant likely to become a “public charge,” someone who the government has deemed would be dependent on it, thus rendering them ineligible for legal permanent residency status.

In October 2018, the DHS released its proposal for expanding the criteria for what constitutes a “public charge” to include those receiving non-cash government services, like Medicaid and the Supplemental Nutrition Assistance Program (SNAP), when evaluating applications for visas and legal permanent residency. Currently, people are generally only considered public charges if they use cash assistance or long-term institutional care the government is funding.

The rule change also creates other factors to be weighed in consideration of the “totality of circumstances” aspect of the rule when evaluating green cards and visa applications including English proficiency, income level and health conditions. (Refugees and asylum-seekers, among others, are exempted from the rule.)
After the release of the DHS proposal, the rule went through a 60-day public comment period, during which the department received over 260,000 comments about the proposal. It reached the desk of the Office of Management and Budget on July 12.
Currently, the limited public charge definition means the regulation is not often used to justify the rejection of an application.
The administration is purporting to solve the “the alleged but illusory problem that immigrants are eating up taxpayer funds,” said Doug Rand, an Obama administration veteran who co-founded Boundless Immigration, a technology company that helps immigrants get green cards and citizenship. Rand added the change “makes no sense,” as undocumented immigrants are not allowed to access federal public benefits. He also said that the proposal was the administration’s effort at making “profound” changes to the immigration system without congressional approval.

Read the full article about immigration under the Trump administration by Gavrielle Jacobovitz at HuffPost.