For 1.6 Billion People, Beating These Diseases Means a Gateway Out of Poverty 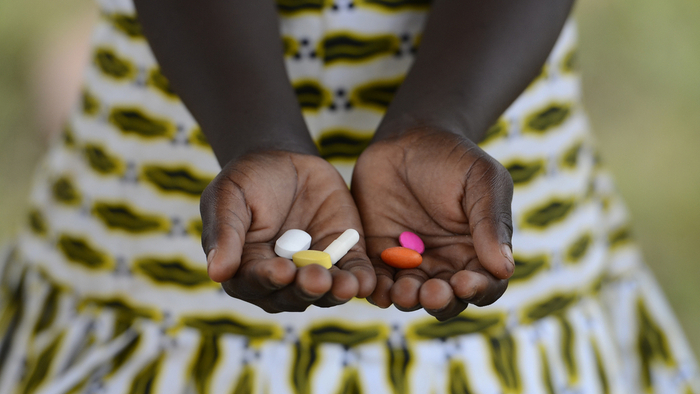 For women like Haimamote, who lives in a remote area of Ethiopia, daily life comes with a risk. Tasks like washing clothes and taking care of sick family put her at risk of a disease called trachoma, which could permanently blind her if left untreated. Meanwhile, as her children play in the yard or in the water, they are exposed to parasites that cause poor nutrition, slowed brain development and anemia – all of which not only harm their health, but keep them from learning in school.

These diseases are part of a group of ancient, infectious ailments known as neglected tropical diseases (NTDs). They threaten 1.6 billion people worldwide and yet receive barely a fraction of global attention and investment. Why? Because NTDs are diseases of neglected people, who live in some of the world’s poorest areas and whose voices are rarely heard.

Nobody living in the 21st century should have to suffer from these diseases. By reaching everyone with proven, inexpensive solutions, we can help build a world where all people can lead healthy and productive lives.

Diseases That Fuel the Cycle of Poverty

What sets NTDs apart is how they disfigure, disable, and blind people. They are physically excruciating and socially stigmatized. Take lymphatic filariasis, sometimes known as elephantiasis. It causes extreme swelling of the lower limbs. And onchocerciasis, which slowly causes blindness as larvae crawl across – and die inside of – the eye.

Their symptoms vary, but the impact is the same: For too many people, getting an NTD means saying goodbye to getting an education, earning a living, or even being accepted by their family or community. Without these opportunities, an escape from poverty is near impossible.

An Investment That Pays for Itself

Fortunately, NTDs offer one of the greatest returns on investment in global health. Since we already have the tools we need to prevent or treat most NTDs, our biggest challenge is ensuring we leave no one behind.

Thanks to donations by pharmaceutical companies, billions of essential medicines are delivered free of charge to people who could not afford them otherwise. This means that we can reach most people in need of treatment for less than USD $0.50 per person.

Every dollar spent on NTDs also creates between $27-$42 worth of economic benefit. A world without NTDs is a world where more girls and boys can excel in school, more adults can earn a living, and more communities can thrive.

Diverse Partners Are Leading the Way

But even with proven solutions and economics on our side, political and financial commitment is not inevitable.

That’s why, in 2012, a collective of private sector partners, civil society organizations, donors and endemic country governments banded together to sign the London Declaration on Neglected Tropical Diseases and commit to control, eliminate or eradicate ten NTDs by 2020.

This milestone catalyzed a much-needed surge of attention, investment and action.

For example, the END Fund has worked with governments, NGOs, and the private sector to provide 330 million NTD treatments to more than 140 million people. In 2017, the Crown Prince Court of Abu Dhabi teamed up with the END Fund to launch the Reaching the Last Mile Fund. This multi-donor endowment – led by the Crown Prince Court and managed by the END Fund – is moving the needle on elimination of onchocerciasis and lymphatic filariasis in several African nations and Yemen.

Additionally, the World Health Organization Regional Office for Africa’s Expanded Special Project for Elimination of NTDs, or ESPEN, supports countries to strengthen their NTD programs and bring treatments to those who need them most. In 2018, ESPEN successfully recovered over 285 million medicine tablets that would have gone unused otherwise.

The governments of United States and the United Kingdom have also been involved in the global effort to end NTDs for decades, and they continue to be key advocates and technical partners for endemic countries.

Thanks to the work of these and countless other partners, since 2012, 31 countries have eliminated at least one NTD. Today, NTD treatments reach more than 1 billion people every year, more than any other point in history.

Individual diseases have also had major breakthroughs. The number of people at risk for trachoma has dropped 91% since 2002 – from 1.5 billion to only 142 million today. And a new treatment for lymphatic filariasis is 96% effective after just one dose, potentially shaving years off the timeline for elimination.

To Beat NTDs, We Need Greater Commitment and Action Than Ever Before

Despite incredible progress, we have a long way to go. 1.6 billion people around the world remain at risk, and many of the goals from the 2012 London Declaration remain unmet.

2020 will be a pivotal year. Global leaders and country governments will decide on new NTD goals for the next decade, and all of us will have the chance to renew support for nations still fighting against NTDs.

In 2019, playing in the yard or doing chores shouldn’t cost anyone their health, livelihood or dignity. Ending these ancient diseases once and for all is long overdue.
____

Diseases and Cures is a fascinating topic, and others found these events, galas, conferences and volunteering opportunities aggregated by Giving Compass to be relevant for individuals with a passion for Diseases and Cures.