The Threat of Africa’s Population Growth to Come 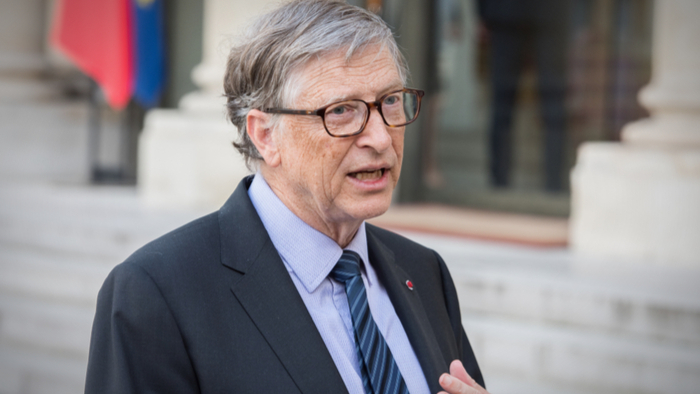 • Bill Gates explains why he and the Gates Foundation are worried that we will not see the same rate of development progress in the next decade that we saw in the last: population explosion in the poorest, least equipped region od the world.

• How can funders approach this problem in culturally sensitive ways?

Ezra Klein: You often make a point, in my experience, of pushing an optimistic narrative in the face of an increasingly pessimistic culture. But in the new Goalkeepers report, you begin by writing, “To put it bluntly, decades of stunning progress in the fight against poverty and disease may be on the verge of stalling.” Why is that?

Bill Gates: Well, the point there is that the dramatic decline of 26 percent of the world’s population being in extreme poverty down to 9 percent, a lot of that came because Asian countries — first China and then later India, Indonesia, and Pakistan and Bangladesh — did a reasonable job of governance. They invested in health. They invested in agricultural productivity. They improved their education systems, and so they lifted a lot of their population out of extreme poverty.

As you look at the projection out through 2050, the portion of people in extreme poverty will overwhelmingly be on one continent, which is Africa. It means that unless we do a good job in those countries where an increasing portion of the births are taking place, we won’t see anywhere near that decline that we saw over the last 25 years.

Ezra Klein: I think that raises the big background question to this report, which I wanted to understand your framework on: Why do you believe, at this point in history, that Africa is poorer than Asia or Europe or North America?

Bill Gates: Well, Africa, of course, is not nearly as poor as it was in the past. The number of kids in education, the childhood survival rate, there has been quite a bit of improvement there. But in Africa, the geography is tough. The disease burden is tough. The ecosystems are very, very different.

Asia, Europe, and the United States, those Northern Hemisphere areas, they developed in terms of getting rid of disease, being able to have infrastructure for very efficient transport, and having more than enough food to feed the population. They got into a virtuous cycle of high education, high discovery, high innovation, and generally quite strong governance.

In Africa, there was colonialism, which certainly held those countries back. There’s the geography that makes moving things across the country very difficult. The rivers aren’t as navigable. Because you’re equatorial, you don’t have winters where the pathogens get killed off. Equatorial regions have things like malaria in a very different way than other parts of the world.

Read the full with Bill Gates about reasons for concern by Ezra Klein at Vox.

Global Development is a fascinating topic, and others found these events, galas, conferences and volunteering opportunities aggregated by Giving Compass to be relevant for individuals with a passion for Global Development.