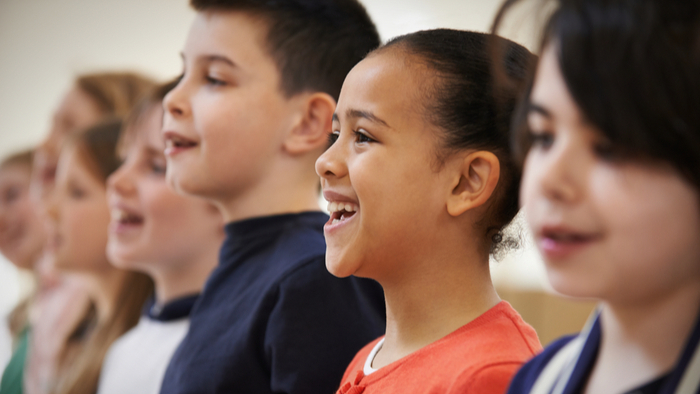 • Lee Whitmore explains why music education needs to be culturally and socially relevant to students in order to be effective.

• How can funders help teachers alter their curriculum to better serve students?

• Learn about the value of music education.

We’ve become very well-grounded in traditional education theory, techniques and subject matters. But being culturally responsive means teaching music where kids are, and with what interests them. It means using songs by Bebe Rexha or Wiz Khalifa before an American folk song. It means teaching kids to play a synthesizer, electric guitar or drum kit, not just a violin or recorder.

Being culturally responsive means having students write and record the music they practice, not just playing it on stage at a holiday or end-of-year concert.

In Nashville, Tennessee, I recently got to see some examples of culturally responsive school music programming in the Metro Nashville Public School District. Nashville is known as the “Music City,” and its “Music Makes Us” public-private partnership works to deliver music to all of the city’s public school students. I was there in my capacity as executive director of the GRAMMY Music Education Coalition, which advocates for and invests in universal music education participation in the United States.

Successful, research-based formulas demonstrate that students who have access to quality music education in schools want to be there every day. Their academic, as well as their social and emotional, outcomes improve and their lives are more fulfilling. But to thread that needle, arts programs and their teachers — there are more than 100,000 music educators employed by U.S. schools — need to be ready to offer a combination of the basics with contemporary and culturally responsive approaches to music that draw in and engage all students.

Read the full article about bringing cultural and social relevance to music education by Lee Whitmore at The Hechinger Report.

Arts and Culture is an important topic. Other members found these Giving Funds, Charitable Organizations and Projects aggregated by Giving Compass to be relevant to individuals with a passion for Arts and Culture.