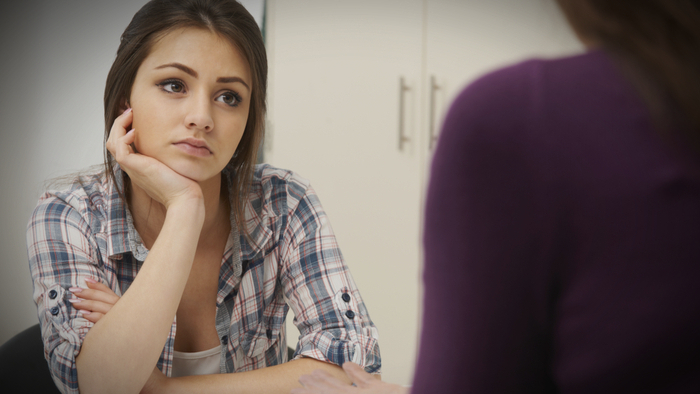 • A study from University College London (UCL) and Sussex University found that a substantial amount of Britain’s LGBTQ+ community members are experiencing depression during the pandemic.

• How is this pandemic exacerbating issues for marginalized communities like the LGBTQ+ and others?

• Read more about bolstering mental health during the pandemic.

The social isolation of quarantine is perhaps quite like COVID-19 itself: for the most part, it has affected us all — but it is certainly no great leveller.

It hits differently depending on your background. The challenges of lockdown weigh heavily on people that live with abusive partners; for refugees trapped without access to basic health information, or water and sanitation facilities; or children in poverty developing post-traumatic stress disorder (PTSD) through a lack of connection with other kids.

Often, it’s marginalised communities that are among those hit hardest — like in Britain, where the LGBTQ+ community have been silently going through a mental health crisis while being at home, according to a new report.

A study from University College London (UCL) and Sussex University, published on Tuesday, found that 69% of 310 LGBTQ+ respondents had suffered from depression during the pandemic, while 90% of those who had experienced homophobia or transphobia reported similar depressive symptoms.

Meanwhile, one in six had faced discrimination during the pandemic because of their sexuality — which increases to a third for those who were not open about their sexual or gender identity.

The authors of the study have urged the government to offer more funding to support LGBTQ+ charities under pressure from the demands of the pandemic.

It follows numerous accounts from such charities that the mental health of Britain’s LGBTQ+ communities is under immense strain.

For example, LGBT Hero — a health equality organisation — reported a 44% increase in people accessing its suicide prevention web pages during the first three months of the year. It’s one of eight charities that told the BBC how more people than ever are attempting to access such support.

Learning and benchmarking are key steps towards becoming an impact giver. If you are interested in giving with impact on Nonprofit Sector take a look at these selections from Giving Compass.

If you are looking for opportunities to take action and give money to Coronavirus, here are some Giving Funds, Charitable Organizations and Projects aggregated by Giving Compass where you can take immediate action.