Charitable Giving is at a High Point Despite Fewer People Giving 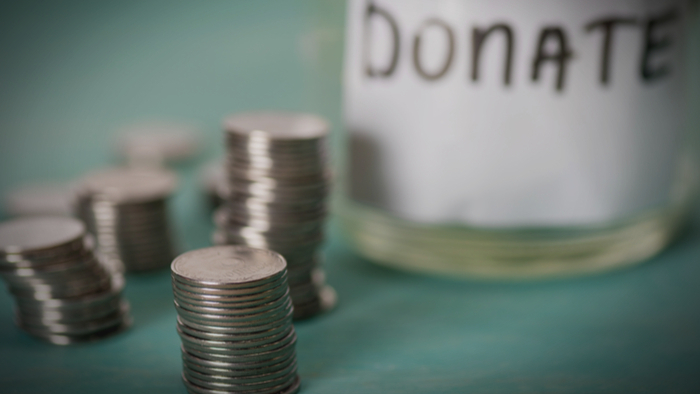 • The model of philanthropy is shifting from fewer people giving a little to wealthier people driving a lot of money toward charitable giving.

• How can influential donors in the space stop this trend and encourage entire communities to give?

• Read some other ideas on how philanthropy will change in 2019.

Here’s a statistic that many people in need might feel thankful about this holiday season: Americans are giving record amounts to charity, and volunteering more time than ever. But it’s not all Americans. In fact, it’s fewer people than ever–they’re just doing a whole lot more than everyone else.

“The amount of dollars and the number of volunteer hours is hitting historic highs, and at the same time we’re hitting historic lows in the percentage of Americans who are actually giving and volunteering,” says Robert Grimm, director of the Do Good Institute at the University of Maryland. So maybe everyone should just be grateful there are super charitable folks around to pick up the slack.

Or maybe not. “That’s masking an unsettling trend, which is less and less Americans are actually engaging in their communities every year,” he says.

In recent years, only an estimated 56% of Americans donated annually, far less than the 67% that did so at the turn of the millennium. Just under 25% of Americans volunteered regularly, which is also less than the national peak of about 29% shortly after 9/11.

While a variety of factors (including, quite possibly, being overwhelmed at the broad range of need in the country today) might explain this stratification in giving, economics could also be a cause.

As Grimm sees it, the division in giving reflects other rifts in American culture. “When less residents [within a community] are actually engaged in behavior such as giving and volunteering in particular, there’s greater social isolation and less trust in each other,” he says.

Similarly concerning is the effect these trends may have on charitable organizations themselves. Many nonprofits may just be looking at their bottom line or top volunteers, and not realizing that they’re spread thin. The fewer key contributors or supporters you have for your cause, the less stable your organization is if several unexpectedly disappear.

Philanthropy is a fascinating topic, and others found these events, galas, conferences and volunteering opportunities aggregated by Giving Compass to be relevant for individuals with a passion for Philanthropy.

If you are ready to take action and invest in causes for Philanthropy, check out these Giving Funds, Charitable Organizations and Projects related to Philanthropy.