Childhood Trauma Is More Common Than You Think 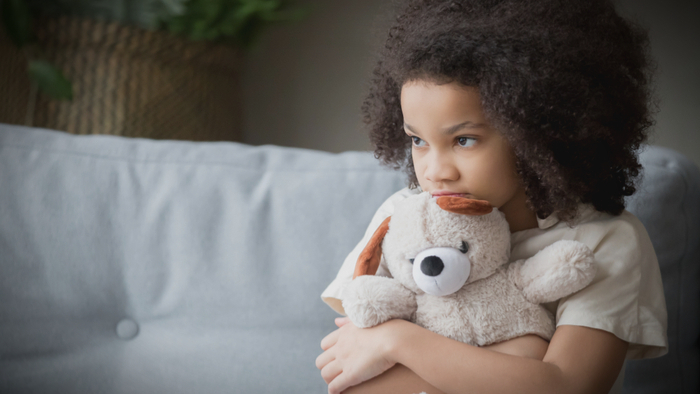 • Researchers at RAND Corporation created a childhood trauma program that collaborated with schools to provide support for students, called the Cognitive Behavioral Intervention for Trauma in Schools (CBITS).

• Since the creation of CBITS in the early 90s, RAND has expanded to other communities and has made targeted efforts to help children in vulnerable populations. How can donors further support this initiative?

• Read about how childhood trauma can affect mental and physical health into adulthood.

She was six years old when her baby brother died in his sleep. She remembers her aunt shaking her awake, the ambulance outside, her mother crying downstairs—and a thought that has haunted her ever since. Could she have done something to save her brother?

Rebecca is part of a school program, developed at RAND, to help children exposed to trauma confront and subdue their stress and anxiety. It grew out of the street violence of South Los Angeles in the 1990s and has since helped children from Newtown, Conn., to Fukushima, Japan. Researchers are now tailoring it for children whose lives were upended by the hurricanes that devastated Puerto Rico.

Exposure to trauma, research has shown, is more the rule for children than the exception. One study found that nearly two-thirds of children had experienced or witnessed violence, crime, or abuse in the past year. Another estimated that more than a third had endured a physical assault. Many more live through natural disasters, witness violence in their communities or, like Rebecca, suffer a traumatic loss.

Those childhood traumas have been linked to poorer academic performance, decreased reading ability, and lower high school graduation rates, as well as mental and physical health problems later in life. And yet the effects of trauma—including post-traumatic stress disorder (PTSD), anxiety, and depression—often go undiagnosed in children.

Read the full article about childhood trauma by Doug Irving at RAND.

In addition to learning and connecting with others, taking action is a key step towards becoming an impact giver. If you are interested in giving with impact for Mental Health take a look at these Giving Funds, Charitable Organizations or Projects.