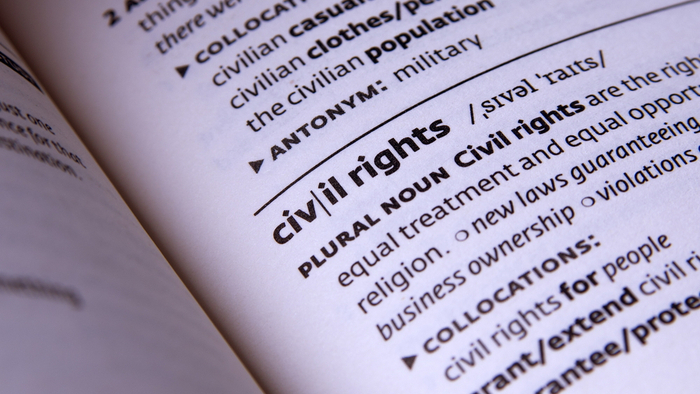 • Futurity interviews historian Thomas Sugrue who believes that despite the promise that the Civil Rights and Voting Rights Acts once held for American equality, signs of struggle and even regression around rights issues are evident across the United States.

• How can philanthropy ensure a future for civil society?

A cursory look at recent headlines tells a disheartening tale. “Segregation Has Been the Story of New York’s Schools for 50 Years”, reports the New York Times. Slate goes one step further: “The Supreme Court May Soon Deal a Final, Fatal Blow to the Voting Rights Act”.

A recent AP poll found that, five decades after the assassination of Martin Luther King Jr., “only 1 in 10 African Americans think the United States has achieved all or most of the goals of the civil rights movement he led.”

Continued challenges have often fed a cycle of stagnation, as enduring obstacles to voter eligibility ultimately diminish representation that might better combat the policies that sustain segregation.

This is of particular concern as the 2020 election season approaches and candidates struggle with the nation’s intense racial polarization, demands of traditionally underrepresented communities, and new immigrants, and a rising tide of white resentment and xenophobia.

Here, Thomas Sugrue, professor of social and cultural analysis and history at New York University, and the author or editor of several books, including Sweet Land of Liberty: The Forgotten Struggle for Civil Rights in the North (Random House, 2008) and Not Even Past: Barack Obama and the Burden of Race (Princeton University Press, 2010), explains how decades of discriminatory practices by real estate developers and banks have hindered minority communities from experiencing equal economic and social growth, and why the military has become a surprise success story of enforcing opportunity for all.

Read the full article on civil rights and voting rights acts by James Devitt at Futurity.