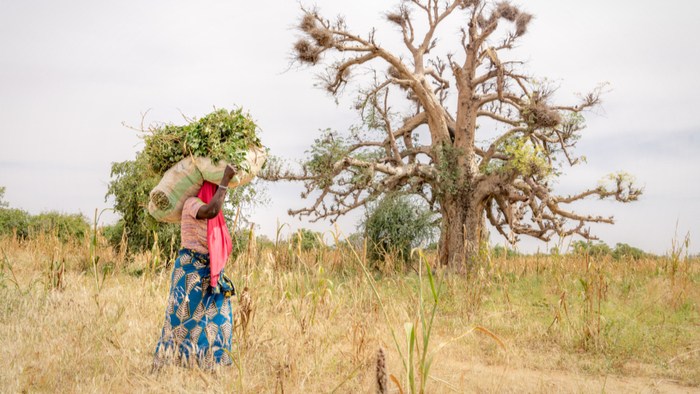 • Christian Bodewig discusses how climate change impacts communities in the Sahel and what steps countries can begin to take to support sustainability.

• Why is reliable payment mechanisms important for stability and economic growth?

• Learn about climate change and migration in West Africa.

The Sahel region in West Africa is one of the poorest parts of the world. Around 40 percent of the populations of Burkina Faso, Chad, Mali, Niger, and Senegal live on less than $1.90 a day. The Sahel also has one of the youngest and fastest-growing populations globally, with population sizes expected to double by 2045. However, the expanding future generation of the Sahel faces dire prospects as their countries are among those with the lowest levels of human capital in the world.

What’s worse, the countries of the Sahel are particularly vulnerable to climate change, undermining their long-term development prospects and the chances of the next generation. Temperatures in the Sahel are expected to rise 1.5 times faster than the global average, which, with current projections, means that by 2030 temperatures could be well over 4 degrees Celsius higher than pre-industrial levels if no dramatic shift happens. Since the 1970s, droughts in the Sahel have become more frequent and are affecting more and more people (see Figure 1). Meanwhile, rainy seasons are becoming shorter, more intense, and less predictable, raising the risk of floods in what is otherwise one of the driest places in the world. In a region where more than 80 percent of the poor live in rural areas and live off the land, the threat of climate change to livelihoods looms large. In turn, climate change in the Sahel goes hand in hand with worsening fragility and conflict, fueled by a growing external terrorist threat, and increased displacement.

How to build climate-adaptive social protection programs in the Sahel? To start, countries need to lay the necessary foundations for social safety nets like population identification systems, social registries of beneficiaries, and reliable payment mechanisms.