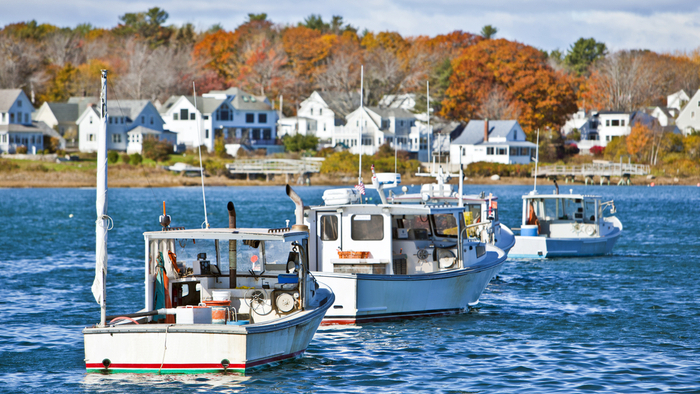 • The report states that the Gulf of Maine, a frigid inlet between Cape Cod and Nova Scotia, has been warming faster than 99.9 percent of the global ocean.

For decades, climate change has wreaked havoc on New England’s historic fishing communities. Now we know precisely how much.

A new study from the University of Delaware shows that erratic changes in atmospheric pressure, a phenomenon known as the North Atlantic oscillation, were singularly responsible for a 13-percent loss in fishing revenue between 1996 and 2017, and a 16-percent loss of jobs in New England’s hardest-hit communities.

Because fishermen are paid based on what they catch, fewer fish naturally means fewer earnings and jobs. Each unusual increase in pressure was associated with a 35-percent drop in wages, an effect that persisted for years. Over time, climate change took away 16 percent of jobs in New England’s most afflicted fishing communities.

Read the full article about fishing economies in New England by Sam Bloch at The New Food Economy.

If you are looking for more articles and resources for Employment, take a look at these Giving Compass selections related to impact giving and Employment.