Donate Locally and Understand Where it Goes 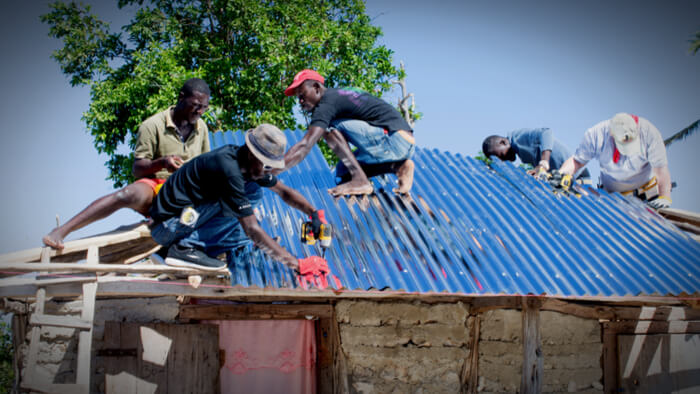 • The Daily Utah Chronicle uses the example of the 2010 earthquake in Haiti and the shortcomings of the Red Cross in that area to discuss the importance of giving locally, making sure that community voices are heard.

• In each natural disaster, the instinct may be on speed of donations, but there should still be time devoted to researching exactly where dollars are going.

• In that respect, check out our library of content around impact disaster relief.

A chipped painting of a white field and a bold red cross on cinder block in Port-Au-Prince, Haiti, is the legacy of foreign aid after the 2010 earthquake. The same iconography is also visible in my own wallet on a blood donor card. Chartered by the United States Congress in 1881 and imbued with a rich heritage, the cross symbolizes action taken to support others. Unfortunately, the American Red Cross is not considered noble in Haiti. Former Prime Minister Jean-Max Bellerive believes the 500 million dollar Haitian relief fund was used by the organization for purposes other than promised infrastructure, as change never visited the community. Now seven years later, I urge Americans wanting to help those impacted by Hurricanes Harvey and Irma to donate to established charities headquartered in the affected areas of Florida and Texas and to charities which prioritize low overhead and transparency.

In glossy pamphlets, Haitians were promised extensive improvements including new homes, sanitation systems and roads. Sadly, the American Red Cross failed to create a viable plan, learning building projects in Haiti are limited by archaic land laws. Organizations which already have ties to an impacted area like Volunteer Florida or the Greater Houston Community Foundation are less likely to make this mistake as their previous work has made them conscious of potential challenges the city may face as they rebuild. This allows the organization to set educated and deliverable goals to benefit the Americans left devastated by these storms. Also, as these charities’ entire missions are to serve these populations, they will continue to be integral in restoring these communities after national and international relief organizations leave.

Read the full article about donating locally and knowing where it goes by Morgan Barron on The Daily Utah Chronicle.