Facts and Figures of the Rohingya Refugee Crisis 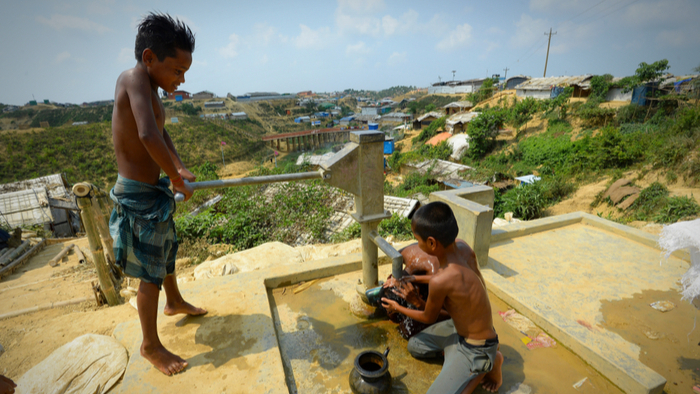 • GlobalGiving provides quick facts and figures that donors should know about the Rohingya refugee crisis in Myanmar.

• How can funders best address the crisis? What resources could you use to help those impacted by the crisis?

1.1 million: Rohingya people who previously called Rakhine state home. Rakhine is located in west Myanmar along the Bangladesh border. Though Rohingya have lived in Myanmar for generations, the Myanmar government insists that all Rohingya are illegal immigrants from Bangladesh. The state refuses to recognize them as citizens, effectively rendering the majority of them stateless.

730,000+: Rohingya people who have fled across Myanmar’s western border to seek sanctuary in Bangladesh since the Aug. 25 conflict—more than half the Rohingya population in Myanmar.

$50: Dollars needed to provide access to critical health services for children and expecting mothers. The more than half a million Rohingya refugees in Bangladesh are crowded into camps in remote areas that are not easily accessible and lack basic services.

$15: U.S. dollars needed to provide vitamins to a displaced pregnant mother for three months. HOPE Foundation for Women & Children of Bangladesh is raising funds to cover these and other urgent costs for women and children caught in the crossfire of the crisis.

Read the full article about the Rohingya refugee crisis at GlobalGiving.

If you are interested in Immigrant Refugee, please see these relevant Issue Funds, Charitable Organizations or Projects where you can get involved.