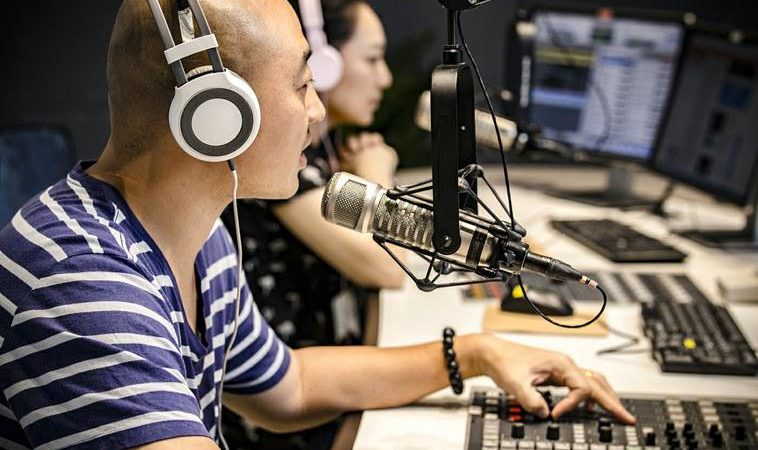 • YES! Magazine reports on a new public radio station project in Kansas City that attempts to present many sides of the gun violence debate in the US, hoping that people will come away more informed.

• In this increasingly divisive political landscape, can an endeavor like this succeed and find an audience? How can we all be better listeners overall?

• Here are ways for philanthropy to make an impact on journalism.

At KCUR, the local public radio station, reporters, and editors saw an opportunity for an ongoing program series called “The Argument,” looking beyond the crime statistics for the motives and backstories to help listeners better understand what happened.

Now the Kansas City station has a chance to broaden that level of reporting by examining another disturbing American dynamic: gun violence. KCUR is one of 10 public radio stations nationwide selected to participate in a new collaborative, two-year fellowship called Guns & America. Funded with a $5.3 million grant from the Kendeda Fund and spearheaded by Washington D.C.-based station, WAMU, the Audion Fellowship will use effective storytelling to examine the many ways Americans interact with firearms.

The project was in the works long before the shootings at a Parkland, Florida, high school and more recently in Texas focused the nation’s attention on the issue of gun violence. It comes as Americans are seriously grappling with a range of political solutions — from a Stand Your Ground bill in Idaho and lawsuits in Oregon against retailers refusing to sell guns to those under 21, to “ghost gun” conversations in Connecticut that arose out of stricter laws following the Sandy Hook Elementary School shooting.

Inevitably, in this country, the debate around guns breaks down along party lines, leaving both sides scratching their heads about why the other side could possibly believe what it does. Guns & America is designed to advance the conversation by taking listeners beyond the politics to help them understand the many ways people use weapons — whether as tools, protection, to hunt, or to enforce the law.

Read the full article about the Kansas City public radio program addressing all sides of the gun issue by Alice Skipton at YES! Magazine.

If you are ready to take action and invest in causes for Crime and Safety, check out these Giving Funds, Charitable Organizations and Projects related to Crime and Safety.