#HalfMyDAF: A Challenge to Donors to Unlock Capital for a Reimagined World 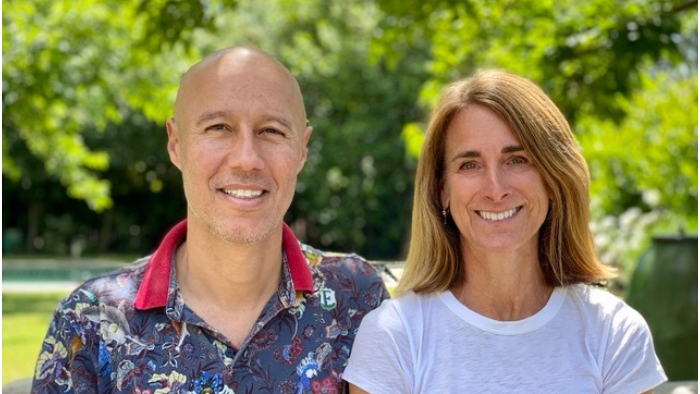 Could a rhyming hashtag drive more donations to nonprofits?

Launched in early May, #HalfMyDAF is the brainchild of philanthropists David and Jennifer Risher. With more than $120 billion sitting in Donor-Advised Funds (DAFs) at a time when nonprofits are facing additional obstacles to fundraising because of COVID-19, the Rishers saw an opportunity to encourage more donors to shift money directly to nonprofits.

The campaign challenges donors to commit half of their DAF dollars to nonprofits by Sept. 30. DAF holders can then nominate a nonprofit to be eligible for a matching grant up to $10,000. The Rishers will fund at least 100 nonprofits for a total of $1 million in additional funding.

The matching grants will be made in two installments. In July, 50 nonprofits will be chosen from the list of nominations with the goal of getting funds to nonprofits more quickly. The second round will happen in September, in part, to give donors time to be thoughtful about the nonprofits they want to support, whether that means staying the course with their giving strategy or researching new nonprofits to support.

As of May 11, more than $800,000 had been committed to nonprofits addressing a range of issues. While some of the donations are directly supporting COVID relief efforts — food banks and program support — #HalfMyDAF donors have also contributed to issues affecting systems change, such as affordable housing, LGBTQ rights, justice advocacy, and the environment.

[Update: In 2020, #HalfMyDAF participants moved $8.6 million out of their Donor-advised Funds to more than 750 nonprofits in five months.]

With so many pressing issues, the Rishers say there’s no time to wait.

“The problems getting created by this crisis are not going to somehow get easier over time,” David Risher, founder of the nonprofit Worldreader, said. “Your biggest return on investment is going to be right now. Putting that money to work right now is going to help more people. It’s going to help them in a deeper, better way than doing it in five, 10, or 20 years.”

The Rishers echoed a common critique of DAFs: There is no sense of urgency to move money out of these accounts, even though the dollars have already been “spent.” According to the National Philanthropic Trust, account holders contributed more than $37 billion to these funds in 2018, but $23 billion was disbursed to nonprofits.

“We could flip it around this year,” said David Risher. “That would be a huge … fundamental change that would fund nonprofits for years to come.”

With a simple goal of pushing more money to nonprofits, the Rishers said there’s been an unexpected result: More discussions about giving.

“If we’re not talking about [money], it doesn’t exist,” Jennifer Risher said. “It’s an opportunity for families to talk about money in ways that maybe they hadn’t in the past. It will help free up the money that’s sitting there.”

Although it’s early, the Rishers are already encouraged by conversations they’ve had with other donors who are interested in increasing their contributions, using their voice to address policy changes, or carrying this practice into future years.

As states begin to reopen and we shift our focus from relief to rebound, donors have a critical role to play in reimagining a more just world. COVID-19 has exposed the disparities in our society and exacerbated existing obstacles faced by marginalized communities. Here are three areas to consider when supporting nonprofits:

“At a time of so much need and so much change, there’s no better time to re-imagine the way the world works,” David Risher said. “You have the opportunity to do that really with your own action.

COVID-19 is a fascinating topic, and others found these events, galas, conferences and volunteering opportunities aggregated by Giving Compass to be relevant for individuals with a passion for COVID-19.

In addition to learning and connecting with others, taking action is a key step towards becoming an impact giver. If you are interested in giving with impact for COVID-19 take a look at these Giving Funds, Charitable Organizations or Projects.