How a New App Pinpoints the Impact of Dangerous Air Quality 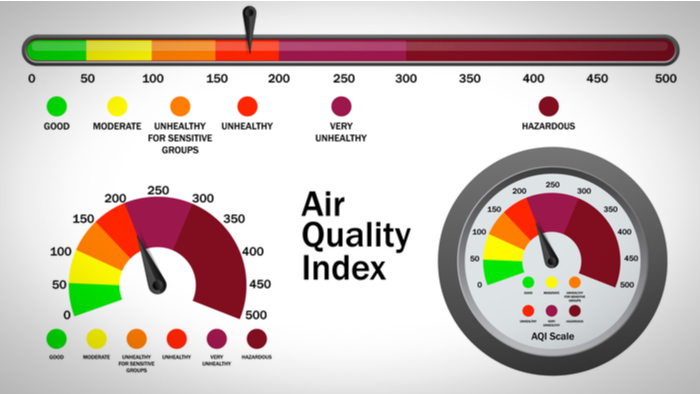 • Why is it critical to know the location areas with dangerous air quality? What can you do to support further research on tech that can help citizens avoid the effects of devastating wildfires?

• Read about the hazardous effects of neglected dangerous air quality.

A new app from GIS mapping company Esri uses data from the federal government to provide information on current air quality, how it might change in the future and its impacts on local communities and vulnerable populations.

Air Quality Aware, available through ArcGIS Living Atlas of the World, uses the Environmental Protection Agency’s (EPA) Air Quality Index to show how hazardous the air is, as well as weather forecasting and wind speed projections from the National Weather Service (NWS) and demographic information from the U.S. Census Bureau. The app then provides insight to users on the current air quality and what it might be for the rest of the day and beyond.

The app has taken on special significance as California, Oregon and other states battle wildfires and other natural phenomena wrought by the effects of climate change, said Dan Pisut, Esri’s Environment content lead for The Living Atlas whose team built the app. And while measuring and forecasting air quality can be complex, he said by using all the data available, planners, residents and local officials can make more informed decisions about whether to go outside.

Cities have become increasingly aware of the need to monitor and improve their air quality through curbing emissions, with a January report from Environment America, U.S. Public Interest Research Group (U.S. PIRG) and Frontier Group warning that 108 million Americans face unhealthy air quality. The wildfires in California, and the images of orange skies, have thrown that into stark focus, with experts warning that hazardous air will result in, among other things, a financial crisis and lower worker productivity.

If you are looking for more articles and resources for Tech for Good, take a look at these Giving Compass selections related to impact giving and Tech for Good.