How Are States Taking on Police Reform? 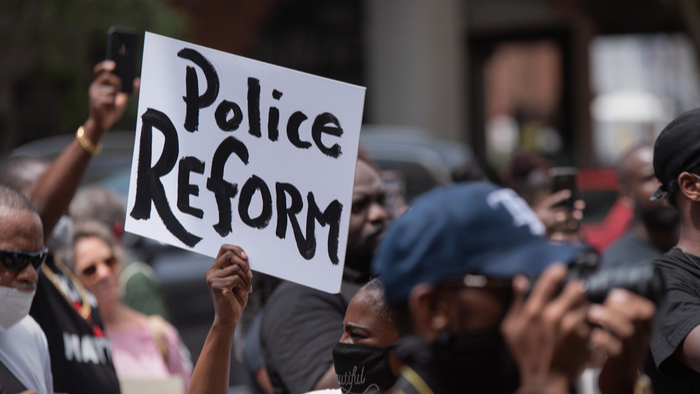 • Weihua Li and Humera Lodhi break down how states are tackling (or not tackling) police reform in the wake of the murder of George Floyd.

• What role can you play in advancing effective police reform in your state?

• Read about what needs to change in police reform.

More lawmakers across the country are proposing changes to how police operate. In the three weeks after Floyd’s death and the ensuing nationwide protests against police brutality, 16 state legislatures have discussed the issues roiling the country. As of Tuesday, legislatures had introduced, amended or passed 159 bills and resolutions related to policing, including bills that were introduced in both chambers, according to a database compiled by the National Conference of State Legislatures, a nonpartisan association of state lawmakers.

Of course, in politics, talking about doing something is one thing. Doing it is another. By June 16, nine of these bills have become law, and seven more are waiting for governors’ signatures. In all, three state legislatures—Colorado, Iowa and New York—have passed policing bills.

Looking at action in the statehouse has its limits, because police reform usually happens on the local level, as cities and towns decide how to fund and regulate their own police forces. The sheer number of new bills can also be misleading: some state legislatures will eventually bundle multiple bills related to the same topic and pass them as one omnibus bill.

Still, state legislatures can hold tremendous power on issues like setting pensions for police officers, and the wave of new state-level bills represents how swiftly the conversation around policing has shifted since the death of Floyd.

Read the full article about states taking on police reform by Weihua Li and Humera Lodhi at The Marshall Project.

Interested in learning more about Coronavirus? Other readers at Giving Compass found the following articles helpful for impact giving related to Coronavirus.