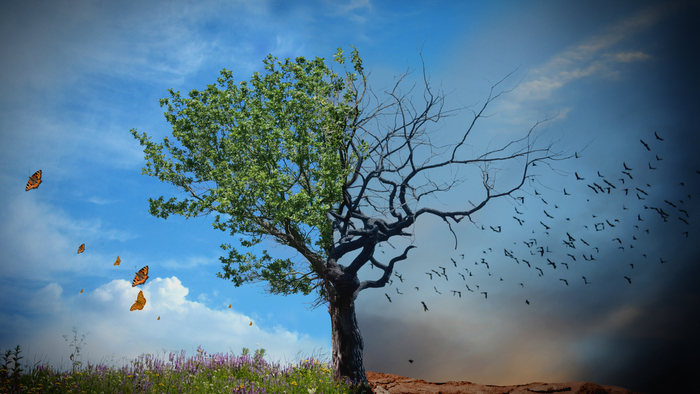 • Solutions that are rooted in nature could help address the problem of climate change through actions such as forest restoration and conservation.

• Learn about why no ecosystem on earth is safe from climate change.

The window of opportunity to harness nature’s own power to protect us from climate change is closing swiftly. As the Amazon burns, coral reefs die and polar ice caps melt, critical ecosystems are steadily approaching a tipping point where they can no longer restore and repair themselves.

Fewer natural buffers, and rising seas from melted ice, will create a new order – one where fires, droughts and floods will be even more frequent and powerful, and the loss to lives and livelihoods more devastating.

Nature is always the first to showcase the effects of a warming planet, but it also holds the answer to staying – and repelling – this seemingly unstoppable march to climate apocalypse.

Solutions rooted in nature, such as forest restoration and conservation, could provide one-third of the reduction in carbon emissions needed between now and 2030 to keep warming below 2°C. They would help ensure, for example, that we still have sufficient forests to act as carbon sinks and wetlands to soak up heavy rainfalls.

Or São Paulo, still recovering from nearly running out of water in 2014, which is also making reforestation a priority. Large swathes of the forests surrounding the city, which buffer it against the impact of floods as well as helping to filter water, had been steadily degraded and destroyed. Now Sabesp, São Paulo’s water company, has planted more than 1,000 hectares (about 2,500 acres) of trees in recent years, and São Paulo itself has become one of the 45 founders of Cities4Forests, a World Resources Institute movement designed to promote integrating nature into urban strategy.

New York’s Green Infrastructure Plan, meanwhile, lays out how the city could cut the costs of flood protection by $1.5 billion over 20 years by combining “green” policies, such as including more trees and plants on rooftops and in city spaces to help capture water, with “grey” infrastructure, such as dams and reservoirs.

Read the full article about relying on nature for climate change by Andrew Steer at Reuters.