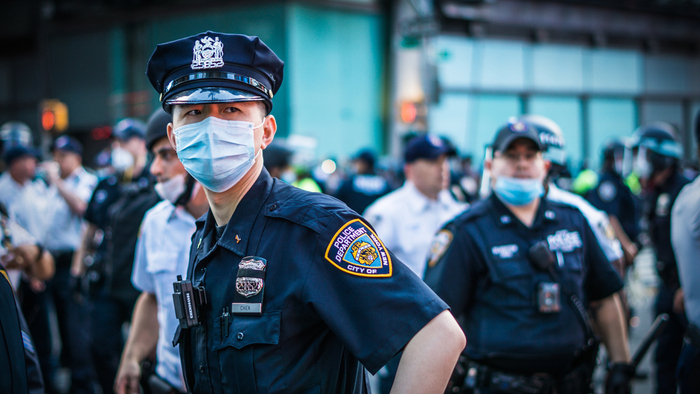 • Stephanie Wykstra, at Vox, explains how New York’s repeal of an act protecting police misconduct is one landmark on a longer journey towards racial justice.

• Why is transparency essential in criminal justice reform? The fight for racial justice doesn’t end there, though. What are the next steps in eliminating police misconduct?

• Find out how philanthropy can have a major impact on police reform.

In 2012, Ramarley Graham, an 18-year-old black teenager, was fatally shot in his own home by a white New York City police officer, Richard Haste. Haste and other officers had followed Graham home from a nearby bodega and forced their way in.

Eighteen months after the killing, a grand jury decided not to indict Haste. Graham’s mother, Constance Malcolm, later tried to obtain information about the shooting and investigation, as well as Haste’s misconduct history. But the police department denied her freedom of information law (FOIL) request, citing New York’s civil rights law — section 50-a — which it said barred access to all disciplinary records of officers.

On June 12, Gov. Andrew Cuomo signed several police transparency and accountability bills, including a repeal of 50-a. Malcolm and other advocates point to the surge of protests against police brutality sparked by Minnesota police officer Derek Chauvin’s killing of George Floyd — in addition to the work of groups like Justice Committee and Communities United For Police Reform — as the impetus that finally pushed the bills through.

To be clear, neither Malcolm nor other advocates view transparency aboHow New York’s Recent Reform Helps Expose Police Misconductut police misconduct as a panacea for preventing violence by police officers. All of them want to see much more significant change as well — for instance, reallocating public funding to schools, health care, housing, and other community resources, rather than to police.

But at the same time, many of the advocates describe transparency about police misconduct as important for holding officers accountable for abusive behavior. With the repeal of 50-a, New York embarks on a more transparent course that many other states have taken and joins the conversation about how transparency can better allow citizens to hold the police accountable for brutality.

Read the full article about exposing police misconduct by Stephanie Wykstra at Vox.