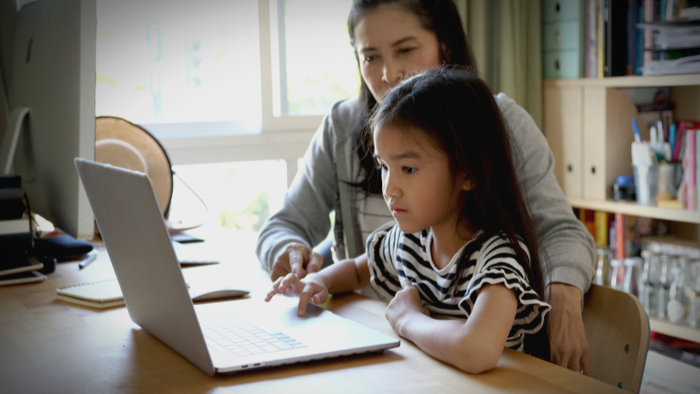 • A mother in a Las Vegas school district created a “Donate a Laptop” campaign to close the digital divide by seeking community donations and support during the pandemic.

• Community partners and corporations along with individual donors were able to contribute capital or laptops to this campaign. How are you helping to close the digital divide in your community?

• Read this discussion on the challenges of COVID-19 and the digital divide.

When the Clark County School District in Las Vegas announced it would be staying entirely remote this year, mother and education advocate Valeria Gurr was immediately concerned about how the decision would affect low-income and Spanish-speaking families, especially those with students who are English language learners. She worried that the district might fail to provide enough support, as it did in the disastrous transition to remote learning last spring, when one third of the district’s 314,848 students never got online because they didn’t have the technology, according to reporting from the Las Vegas Sun.

For English language learners, who make up more than 5 million students in public schools across the country, the transition to remote learning has been particularly hard.

Gurr, a Latina who still views herself as an English language learner, speaks to low-income families regularly in her role as the Nevada state director for the nonprofit Nevada School Choice Coalition, a project of the American Federation for Children. Although her 3-year-old son hasn’t yet entered the public schools, she’s heard from many parents how challenging the transition to virtual learning was last spring. Many had trouble coping, even though they had resources to draw on, she said. “Imagine what it is for Hispanic families that don’t speak English and … don’t have the technology.”

Curious to know how many families in her community were still struggling, Gurr turned to a social media group she had started for Spanish-speaking parents for an answer.

The initiative Gurr launched has now grown into a “Donate a Laptop Campaign” through the nonprofit for which she works. Gurr said she reached out to several community and state partners including the Bank of Nevada, the Nevada Bankers Association, Guinn Center and Sage Sustainable Electronics to ask for donations. The Bankers Association ended up being a big help, Gurr said, because it sent the request out to all its banks. Some sent money donations, while others sent laptops directly.

Read the full article about parents closing the digital divide by Javeria Salman at The Hechinger Report.

Coronavirus is a complex topic, and others found these selections from the Impact Giving archive from Giving Compass to be good resources.