How Philanthropy Can Support Trans-Led Organizing 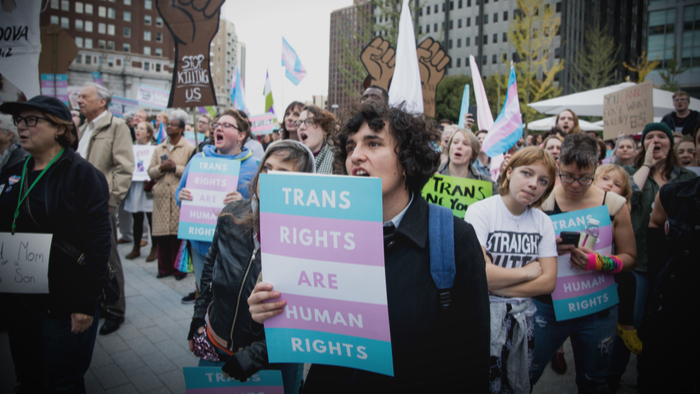 • The Fund for Trans Generations (FTG), spearheaded by Borealis Philanthropy, is one way donors can support trans-led organizing.

• How are you promoting LGBTQ initiatives? What are other opportunities for donors to finance trans-led movements?

• Read about how the fight for transgender rights transcends the United States.

Any organizer fighting for social change will tell you: we stand on the shoulders of giants. Our ancestors—the leaders who came before us—not only offer historical wisdom but show us that change toward a more inclusive and equitable society is in fact possible.

As a trans activist working in philanthropy, I’m guided by the vision of trans women of color leaders like Sylvia Riviera and Marsha P. Johnson, who helped lead the monumental Stonewall Riots in 1969, marking the start of the modern-day LGBTQ+ movement. Neither saw the fight for queer and trans liberation as a single-issue campaign. Their intersectional activism spanned labor rights, economic justice, access to health care, and freedom from racial discrimination.

While our social movements have made strides, 15 percent of the trans population lives on less than $10,000 per year, far below the federal poverty line. When it comes to health care, at least a third of trans people report having a negative experience due to discrimination, harassment, or refusal of services. And this year’s Pride season saw 22 anti-LGBTQ+ protests and a big spike in violence. Fourteen LGBTQ+ people were murdered between May 15 and July 15, 2019, half of whom were Black trans women.

As individuals working in philanthropy, we are uniquely positioned in the fight for social justice. Our funding and support help power social movements. Our resources can magnify impact. But to do so, we have to acknowledge and undo decades of exclusion.

At Borealis Philanthropy, we have started to make a dent with efforts like the Fund for Trans Generations (FTG), which was established to ensure that frontline trans activists and organizations have the financial resources needed to advance the safety, security, and rights of trans people.

Read the full article about philanthropy and trans organizing by Ryan Li Dahlstrom at Nonprofit Quarterly.

If you are interested in LGBTQ, please see these relevant events, training, conferences or volunteering opportunities the Giving Compass team recommends.

In addition to learning and connecting with others, taking action is a key step towards becoming an impact giver. If you are interested in giving with impact for LGBTQ take a look at these Giving Funds, Charitable Organizations or Projects.