If the United States Had Open Borders, How Many Immigrants Would Come? 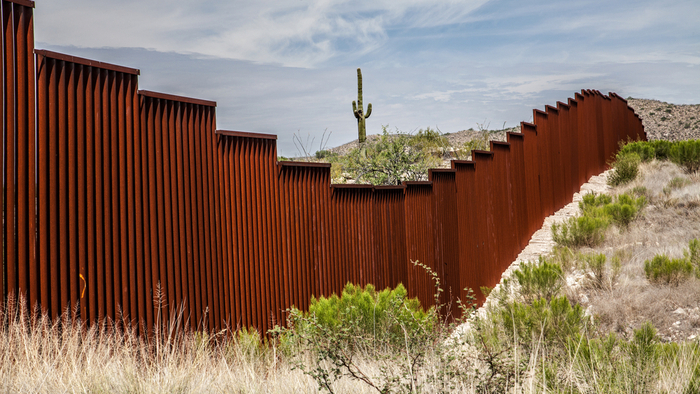 • Matt Winesett at AEI discusses who would migrate to the United States if we had open borders – depending on means, opportunity, and politics.

• What are possible ways for donors to get involved addressing the current border crisis?

• Here’s how the border wall is affecting local environments.

The Great Wall of Trump may never stand on America’s southern border. Of course, it also seems unlikely that the border would ever be left completely open, with just a bunch of turnstyles to give a general population count.

But it’s an interesting hypothetical that often gets bandied about during immigration debates. Anti-immigration activists argue that if we really opened up our borders, we’d be swamped by the teeming masses. Seems a reasonable speculation, at least superficially. America is very rich with an average per capita GDP of $60,000 (on a purchasing power parity basis). That’s four times higher than the global average.

We have no way to know for sure how many people around the world would move to the United States if our legal barriers were erased tomorrow, but we do know how many say they would like to come — if they had the means and the opportunity. For more than a decade, Gallup has polled adults in countries around the world to see how many would move permanently to another country if they had the chance. About one in five potential migrants — or about 147 million adults worldwide — name the US as their desired future residence. (For reference, net migration to the US has averaged about 1 million per year this decade. Moreover, there are plenty of other advanced economies where the inflow of immigrants as a share of the population is higher than the United States, and whose stock of immigrants as a share of the population is higher as well.) The United States is the top country of choice for potential migrants — far ahead of the next choice, Germany, which is preferred by 39 million potential migrants.

Read the full article about U.S. immigration by Matt Winesett at AEI.

Learning and benchmarking are key steps towards becoming an impact giver. If you are interested in giving with impact on Immigrant Refugee take a look at these selections from Giving Compass.

If you are looking for opportunities to learn and connect with others interested in the topic of Immigrant Refugee, take a look at these events, galas, conferences and volunteering opportunities aggregated by Giving Compass.

Immigrant Refugee is an important topic. Other members found these Giving Funds, Charitable Organizations and Projects aggregated by Giving Compass to be relevant to individuals with a passion for Immigrant Refugee.