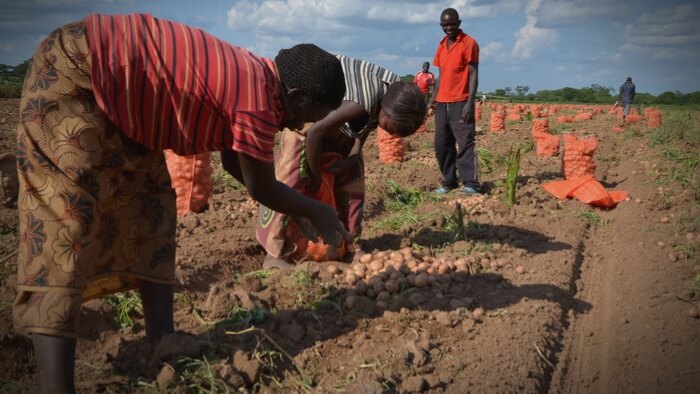 Peter Makasi’s crop yields were small, and the family often had to ration food to survive until the next harvest. He knew his land could be more productive, and that he could stave off hunger for his family, if only he had access to better-quality inputs.

In 2009, Peter joined One Acre Fund, a nonprofit organization that provides smallholders with high-quality inputs on credit, without the need for collateral, along with training on proven farming techniques to increase crop yields. Soon, Peter’s harvest increased sixfold — enabling his family to have plenty to eat year-round. With his additional income, Peter has been able to pay school fees for his children and grandchildren, buy solar lights for his house and purchase chickens and ducks for his farm.

More than 450 million smallholder farmers in Africa, Asia, and Latin America lack access to financial services, with an estimated $200 billion in unmet needs for credit worldwide. It is possible, and often profitable, for financial institutions to reach them. To do so, practitioners need to tailor their services with farmer-specific risks in mind.

AMK MFI Plc, part of the Agora Microfinance network has been doing this since 2006. Instead of requiring farmers to borrow all at once and repay in regular installments or lump sums at the end of a loan term, the company began offering a flexible disbursement and repayment option, allowing farmers to draw down the loan in parts and also make repayments whenever they had cash on hand.

Farmers are often considered risky customers because many factors that influence their productivity and income — But that doesn’t mean that investing in farmers isn’t worthwhile. It is possible to offer sustained, long-term investment to smallholder communities even in difficult years. The key is to place clients’ needs at the center of business decisions and respond quickly to problems.

Read the full article about impact investing in small farmers by OneAcre at ImpactAlpha.