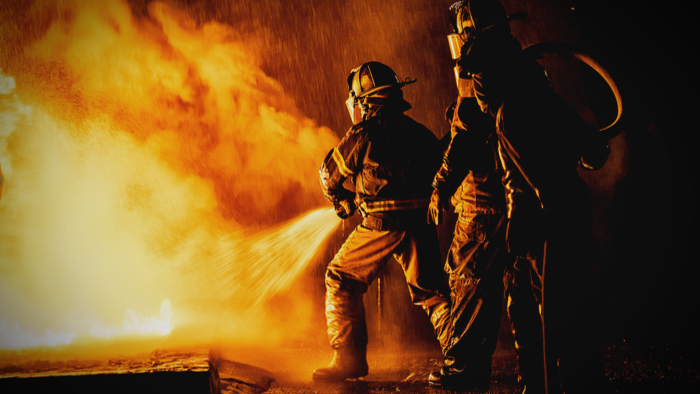 • How can states and local policymakers create more equitable and safer emergency plans that take into account the rights of incarcerated individuals?

Efforts to beat back wildfires ravaging Western states in the U.S. have been hampered this year by depleted numbers of “orange angels” – incarcerated workers deployed as firefighters.

Their lower numbers coincide with the early release for eligible prisoners and the quarantining of others to combat the spread of COVID-19.

The potential impact that having fewer prisoners to draw upon highlights the crucial role that incarcerated workers play in disaster response. While many people are aware that prisoners work to help contain wildfires in California and elsewhere, less well known is the role incarcerated workers play as a labor source across a variety of disasters throughout the country.

As a social scientist, I study the impact of disasters on incarcerated populations. I recently co-authored a study on the role of incarcerated workers in state emergency operations plans – the primary emergency planning documents for state governments. We found that 30 out of the 47 states analyzed, including California, Texas, and Florida, had explicit instructions to use prisoners for emergencies and disasters. Furthermore, we identified at least 34 disaster-related tasks that states assign to incarcerated workers. Delaware, New Jersey and Tennessee were not included in our analysis as their plans were not publicly available.

These include work that requires minimal training such as making sandbags, clearing debris, handling supplies and caring for pets for evacuees. But it also includes roles that require specialized training like fighting fires, collecting and disposing contaminated animal carcasses and cleaning up hazardous materials.

Some of these tasks put incarcerated workers at risk of injury or ill health.

Prison systems have long championed the work of incarcerated persons in emergencies and disasters as a demonstration of the value of prisons to local communities and the state.

State prison systems often have internal policies that guide the use of incarcerated persons to assist with disaster operations. For example, the Alabama Department of Corrections’ administrative regulations dictate that in the event of a disaster, “the major support of the [department] will be manpower” including the use of “inmate labor.”

In addition, state laws across the U.S. often specifically state that incarcerated workers may be assigned to work in disaster conditions.

For example, Georgia allows for incarcerated workers to be required to work in conditions that may jeopardize their health if an emergency threatens the lives of others or of public property. Meanwhile Colorado passed legislation in 1998 that created the Inmate Disaster Relief Program under which the state can “form a labor pool” to “fight forest fires, help with flood relief, and assist in the prevention of or clean up after other natural or man-made disasters.”

The cost of inmate labor is offset through federal subsidies. FEMA’s public assistance program provides states with “funding for prisoner transportation to the worksite and extraordinary costs of security guards, food and lodging.” This provides a significant financial incentive to use incarcerated workers for disaster labor. After Hurricane Michael in 2018, FEMA awarded the Florida Department of Corrections $311,305 for debris removal.

The Constitution’s Eighth Amendment “forbids knowingly compelling an inmate to perform labor that is beyond the inmate’s strength, dangerous to his or her life or health, or unduly painful.” However, in the context of disasters, it is challenging to know whether or not the situation or the environment is truly safe. And little is known about the training prisoners receive.

If incarcerated persons refuse to participate, they may face serious consequences, such as being sent to solitary confinement, the loss of earned time off their sentences, or the loss of family visitation.

Deaths of incarcerated firefighters are reported alongside those of civilian firefighters, and there is no way to accurately track the number of prisoners who have died or been injured during disaster-related work. However, there are known examples of fatalities. In 2003, the South Dakota Department of Corrections “Emergency Response Inmate Work Program” was scrutinized after a 22-year-old man, Neil Ambrose, was electrocuted by a downed power line while cleaning up debris after a storm.

Ambrose reportedly expressed prior concerns about the hazardous work but was told he would be charged with “disrupting a work zone” and would be sent to solitary confinement if he did not participate. Later, the correctional officer in charge of Ambrose and those on the work crew was found responsible for his death in that he knew the downed power line was a safety threat. It was also later shown that the only training Ambrose had received was a short video on safely operating chainsaws.

Some advocates for prisoners’ rights have begun drawing attention to the vulnerability of incarcerated workers in disasters. After Hurricane Harvey in 2017, the NAACP Environmental and Climate Justice program published a guidebook called “In the Eye of the Storm” to help communities make disaster response and recovery processes more equitable. The guidebook includes suggestions for how to advocate specifically for worker protections for incarcerated persons. Community members are encouraged to ask about whether the incarcerated workers have received relevant training and adequate protective equipment and if their participation in the work is voluntary.

Incarcerated workers are deeply embedded throughout emergency management in the United States. Yet so much attention remains focused on the most visible and well-known programs, their role – and the potential for exploitation and harm – in many other disasters remains overlooked.

This article is republished from The Conversation under a Creative Commons license. Read the original article.The Conversation is a nonprofit news source dedicated to spreading ideas and expertise from academia into the public discourse.

If you are looking for opportunities to learn and connect with others interested in the topic of Criminal Justice, take a look at these events, galas, conferences and volunteering opportunities aggregated by Giving Compass.