Ingredients Matter: A Call for More Transparency in Medicine 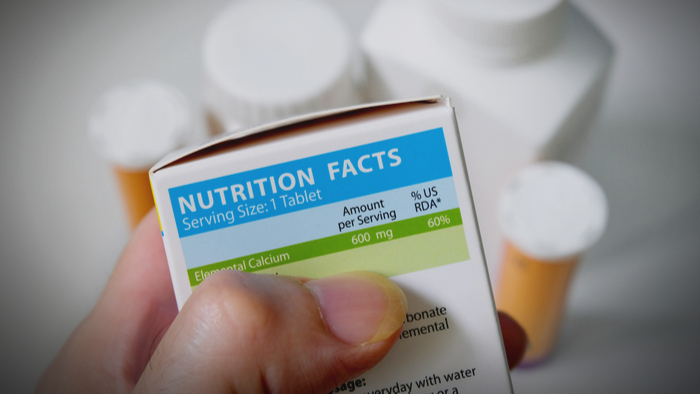 • Trained pharmacist and researcher, Yelena Ionova, calls for more transparency in medicine ingredients, particularly the inactive excipients that can still cause adverse reactions for consumers.

• Ionova’s research provides recommendations for transparency policy changes to increase patient safety. How can donors support these changes in healthcare?

•  Read how payers and providers can unite to improve healthcare.

There are many more ingredients in every pill you take than what is listed on the bottle label. These other ingredients, which are combined with the therapeutic one, are often sourced from around the world before landing in your medicine cabinet and are not always benign.

Earlier this year, the U.S. Congress passed the Coronavirus Aid, Relief and Economic Security Act, which requires manufacturers to report real or potential drug shortages to the FDA. Manufacturers are now required to report disruptions in the manufacturing of an active pharmaceutical ingredient – the part of the medicine that produces the intended therapeutic benefit.

But the CARES Act doesn’t include excipients – the “inactive” ingredients that make up the bulk of a final medicine. It also doesn’t include the materials needed to package and distribute medical products, such as vials and other containers, packaging, and labels. While the CARES Act improves the flow of information and may signal potential drug shortages, it is intended to support regulators (like the FDA) in their public health responsibilities. It does not increase transparency to consumers of medicines.

As a trained pharmacist and researcher interested in uncovering risks to medicine quality, I believe patients and clinicians would benefit from having more information about all the ingredients in medicine. But for this to happen additional measures are needed to increase transparency for all components of a medicine, including excipients.

As the so-called “inactive” ingredients in medicines, excipients are often mistaken as being free from potential harm. But the evidence suggests otherwise. Between 2015 to 2019, health-care professionals, patients, and manufacturers filed nearly 2,500 reports to the FDA about an adverse reaction to an excipient.

While excipients are listed on packaging or package insert for over-the-counter and prescription drugs, this information can be difficult to find. Furthermore, patients often switch from brand name to generic versions, or the pharmacist substitutes one manufacturer for another. While the active pharmaceutical ingredient remains the same, excipients may be different, and even seemingly slight differences can significantly impact patient safety. For example, a patient may be allergic to an excipient in the newly refilled medicine with a different manufacturer.

Excipients are critical materials and serve a broad variety of functions. They serve as fillers, help the body to absorb the medicine, and add flavor or color to drugs. In fact, some are often found in food products, such as lactose, peanut oil, and starch. In the United States, excipients are approved by the FDA as part of the review process for the finished medicine; they are considered by the regulatory agency as generally recognized as safe or “GRAS.” However, a complete picture of their clinical effect remains unclear.

Research from MIT and Brigham and Women’s Hospital has found that 92.8% of oral medicines contain at least one potential allergen, a concern for individuals with known sensitivities and intolerances. My recent research, investigating the safety of excipients in biologics, which are large complex molecules that are mostly administered through an injection, found case reports of injection site reaction, severe allergic reaction, spike in blood sugar level, and acute kidney failure associated with these “inactive” ingredients.

Despite some evidence that excipients are responsible for drug reactions, the amount of each excipient added to each drug is not reported for nearly half of biological medicines. In fact, our study found that 44.4% of the biologics’ labels do not list the concentration of the most commonly occurring excipients. This is true for all prescription medicines, not only biologics.

This lack of information has important implications for patients with diseases prompting dietary restrictions – such as gluten or lactose intolerance, food allergies, or diabetes – because the amount of wheat starch, lactose, peanut oil, and glucose in their medicine can be potentially harmful.

Extending transparency to sources of medicines and their ingredients

Food package labels are required to contain the manufacturer’s name, address, and telephone number alongside the ingredients list. This information allows consumers to contact manufacturers directly to inquire about the source of product ingredients and notify the company of any known or probable reactions to the ingredients. In the event of a recall, information about the source of foods also provides critical information to public health officials, allowing them to alert the public about potentially contaminated food items with specificity.

That is not the case for medical products even though the source of drug ingredients is just as, if not more, important as for food.

The FDA Safety and Innovation Act of 2012 mandated that drug manufacturers submit information about suppliers of excipients including names, addresses, and contact information. However, because this information is considered “proprietary” to the manufacturer, it is not disclosed publicly. While FDASIA was a step toward supply chain transparency, it still leaves the patients and health-care professionals without information that could be critical.

In a research paper studying the risks associated with excipients, my co-author and I make three main recommendations to improve patient safety.

First, reporting requirements similar to those for food and active pharmaceutical ingredients should extend to excipients. Second, clinicians and patients should have easy access to that information, including amounts and potential adverse effects. The public should also be given information about how to completely and accurately report adverse events related to excipients. Third, regulatory agencies should provide guidance for excipient reporting, facilitating greater transparency about excipient use and supply source.

This article is republished from The Conversation under a Creative Commons license. Read the original article.The Conversation is a nonprofit news source dedicated to spreading ideas and expertise from academia into the public discourse.

Public Health is a complex topic, and others found these selections from the Impact Giving archive from Giving Compass to be good resources.

In addition to learning and connecting with others, taking action is a key step towards becoming an impact giver. If you are interested in giving with impact for Health Care Reform take a look at these Giving Funds, Charitable Organizations or Projects.