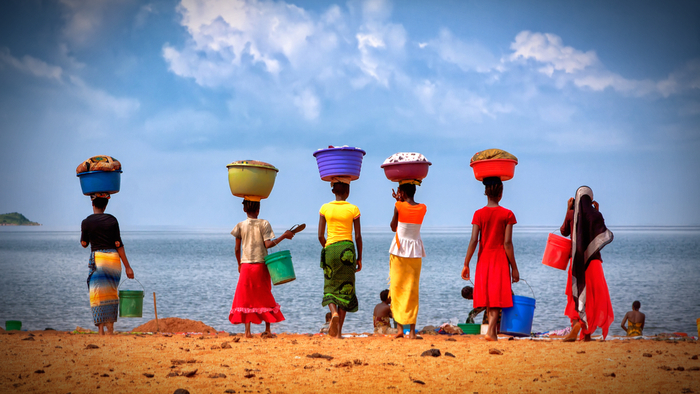 • Stanford Social Innovation Review explores how a family-planning group and an environmental organization banded together in Tanzania to foster the health of forests, fisheries, and families at the same time.

• This partnership between Pathfinder International and The Nature Conservancy can be a model for other conservation efforts. How can we make sure we’re saving the planet, while also serving the needs of local communities?

• Here are six more lessons on how to be a conservationist.

In 2010, our organizations — the reproductive health and family planning nonprofit Pathfinder International and the environmental organization The Nature Conservancy — decided that by working together, we could accelerate each other’s goals and achieve greater things.

Two years later, we launched a project called Tuungane (Kiswahili for “Let’s unite”), with a collaboration commitment of at least 10 years. The project’s focus is a 4.8-million-acre forested landscape in western Tanzania — an area that rises steeply from the shores of Lake Tang­anyika within the Greater Mahale ecosystem and that is home to more than 90 percent of Tanzania’s endangered chimpan­zees. Mahale National Park encompasses about 400,000 acres of this ecosystem, yet 70 percent of the chimpanzee population lives outside of the park’s boundaries. The project works with Tanzania National Parks and other government bodies on forest management, agriculture, and fisheries, as well as primary health care, livelihoods, and governance for local families.

It is a version of population, health, and environment programming (PHE) that integrates action in all three areas into one combined approach.

The Nature Conservancy believed the partnership would help it get further faster, simply because local people say reproductive health is one of their primary needs. Conservation priorities become more relevant when a fisheries officer can also talk to his fisherman groups about the availability of fish stocks to meet the needs of growing families and the health benefits of spacing their children. Similarly, Pathfinder understood that many people rely on their environments for either sustenance or livelihood as a matter of survival, and that managing natural resources for the future is critical to their long-term health and well-being.

Learning with others and benchmarking are key steps towards becoming an impact giver. If you are interested in giving with impact for Conservation, take a look at these events, galas, conferences and volunteering opportunities to connect with individuals like you.