Meet the People Coding Our World 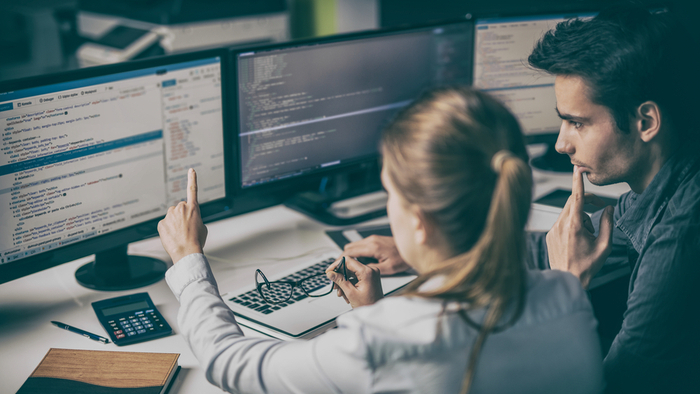 • Medium interviews Clive Thompson, author of the great new book ‘Coders’, on how coding is shaping our world and lives, women coders, exposure to it in schools and much more.

• What can teachers in technology learn from Clive’s book? What advances in coding are to come?

• Learn about the importance of understanding code and computational thinking.

Images of computer programmers tend to be charged with stereotypes: the quiet nerd, the punk hacker, the hoodie-wearing loner. But what do we really know about the people who are, more than ever, shaping our lives? As screen times soar and tech continues to replace even the most mundane tasks, it might serve us well to know more about the people behind the programs.

I first became interested in Clive Thompson’s new book, Coders, after reading his New York Times story, adapted from a chapter in the book, about the history of women in tech. As a woman in tech myself, I was struck by how thoughtful and thorough his coverage was — and not just for a guy. In Coders, Thompson, a longtime tech reporter, brings that same anthropological approach to the world of coding writ large. He deftly guides us through a culture that can often seem inaccessible, boring, or just frustratingly self-involved. He approaches tech with both an insider’s expertise and an endearing fondness, while never failing to offer a healthy dose of skepticism where skepticism is due, making the whole read equal parts fascinating and refreshing.

Read the full article on the people coding our world by Emily J. Smith at Medium

Since you are interested in STEM, have you read these selections from Giving Compass related to impact giving and STEM?

In addition to learning and connecting with others, taking action is a key step towards becoming an impact giver. If you are interested in giving with impact for Human Services take a look at these Giving Funds, Charitable Organizations or Projects.