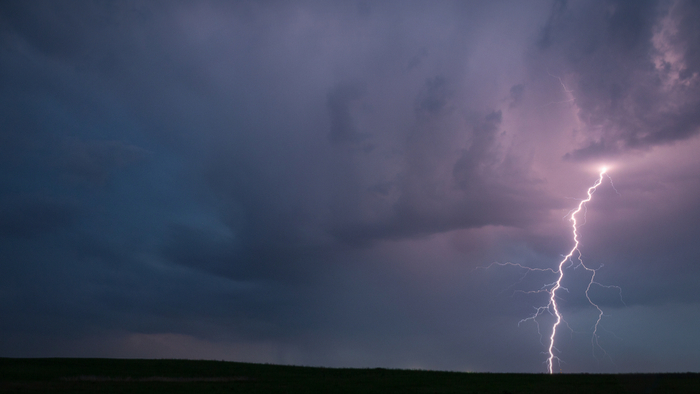 • Learn about the relationship between climate change and public health.

Mark Sauer: My guest is David Victor professor at the School of Global Policy and Strategy at the University of California San Diego. Welcome to mid-day edition. It’s great to be here. You co-authored a recent New York Times op-ed with retired Marine General John R. Allen saying climate change is a direct threat to our national security start with the direct impact on military facilities.

David Victor: Well so many military facilities are built in fragile ecosystems there are facilities in Alaska for example that are already seeing the effects of the thawing of the permafrost there. A lot of facilities offshore close to the coastline and so on and so one of the impacts of the military’s increasingly worried about is what is higher sea levels what do warmer temperatures more wildfires and what does it mean to their facilities themselves.

Mark Sauer: And you also describe a more insidious effect of warming on the social fabric and government stability in certain countries. What do you mean by that.

David Victor: Well I think this is the key point is that the military now that it understands the threats of wildfires and other kinds of impacts of climate change they’re not just going to sit there. They’re going to respond. They’re going to invest and they’re doing all that already. The bigger problem is the military is part of a larger set of investments we’ve made as a country other countries make as well to understanding their security and to dealing with threats that come from abroad. And that’s the really big concern is that as climate change unfolds there’s now a lot of evidence that’s unfolding faster than people expected that that’s going to it’s going to put stress on societies that are already fragile for other reasons.

And that’s going to make some of these problems that we’ve been really grappling with as a country for decades now where we intervene overseas to try and deal with those threats that it’s going to make those problems harder to manage. Military chief concern of course it is their chief concern is why there’s a there’s a whole page and in a relatively short threat assessment that was released at the end of January as you mentioned the top of our interview devoted to climate change and how climate change might affect vulnerability and therefore require that the military have a larger presence may increase the number of threats that then migrate into this country and affect our our national security.

Read the full interview with David Victor about the security risks of climate change by Mark Sauer at KPBS.