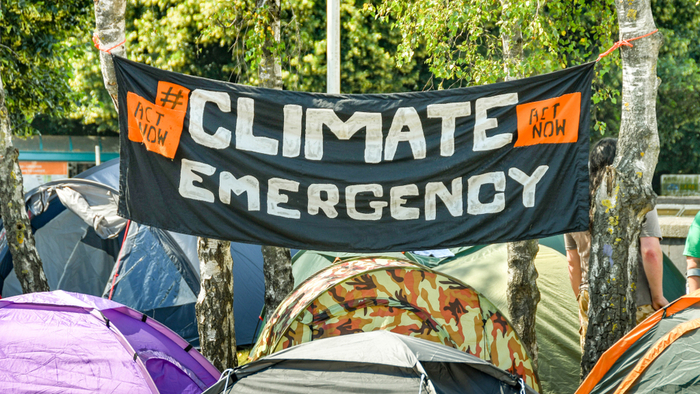 · Writing for Nonprofit Quarterly, Martin Levine explains how the Climate Emergency Fund is hoping to raise as much as $600 million in the next few months to take a more aggressive approach to address climate change.

· How can donors support these efforts and tackle climate change?

· Here’s an article about disrupting capitalism to solve climate change.

A new philanthropic venture, the Climate Emergency Fund, has already raised more than $600,000 to support a more aggressive strategy to address the climate crisis. The Fund’s plan, according to Common Dreams, is to raise as much as $600 million in the next few months “by appealing to other rich and powerful contacts around the globe, calling on them to use their immense wealth to help demand that governments take immediate, decisive climate action.”

Recognizing the existential threat from human-caused climate change, the CEF’s founders seek to radically change the prevailing philanthropic paradigm. They seek to support “individuals and organizations that demonstrate the intention and capability of disrupting with urgency the inadequate and immoral gradual approach governments around the world are taking to address the climate emergency.” This breaks with the approach of many traditional funders. The Washington Post described their approach as a boon to activists, since “much of the funding in the climate space traditionally goes to groups advocating for slower and less ambitious policy changes.”

Margaret Klein Salamon, founder and executive director of Climate Mobilization, one of the CEF initial grantees, told the Post, “We need to eliminate emissions as quickly as possible, in 10 years or less, and we need to pull every lever to do that.” A spokesperson for Extinction Rebellion, another of the CEF’s recipients, also welcomed the move, saying, “It’s a signal that we are coming to a tipping point. In the past, philanthropy has often been about personal interest, but now people are realizing that we are all in this together and putting their money forward for our collective well-being.” As reported in the Post, Extinction Rebellion has “blocked roads and major landmarks in London until the British government agreed to declare an ‘environment and climate emergency,’ the first national government to do so.”

Read the full article about the Climate Emergency Fund by Martin Levine at Nonprofit Quarterly.