New Ebola Treatment is Effective But Is Not a Cure 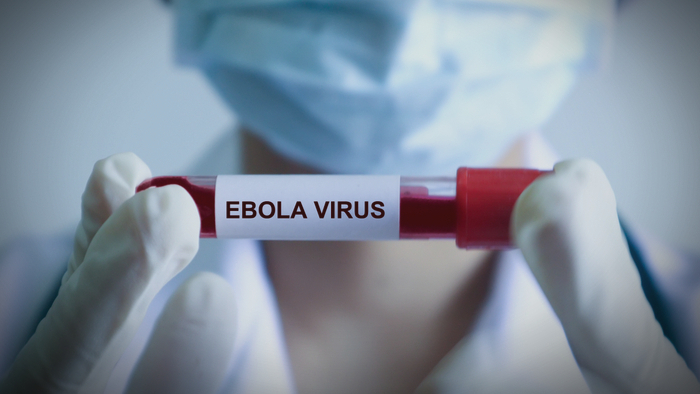 • Researchers explain how scientists developed the new treatment for the Ebola virus that is working effectively but cautions that it is not a cure for the entire illness.

• How are funders involved in supporting research for global health diseases?

• Learn more about the challenges with the Ebola crisis.

Robert Davey vividly remembers the first time he saw the power of the cocktail, called REGN-EB3, which the pharmaceutical company Regeneron makes. He was working at Texas Biomedical Research Institute, before he and his team moved to the Boston University National Emerging Infectious Diseases Laboratories (NEIDL). Both labs are among only a handful in the US with Biosafety Level 4 (BSL-4) status, the highest level of biosafety containment used for infectious agents that pose extreme danger to humans.

“We tested the Regeneron treatment in a guinea pig model of the disease and we found that REGN-EB3 saved the guinea pigs from Ebola infection,” says Davey, now a microbiologist at NEIDL and the Boston University’s School of Medicine.

“Then, we took it to a higher animal model, monkeys, and we found that the antibody mixture was a miraculous cure. The animals were quite ill, and we gave them the treatment and most recovered overnight. We said it was like a miracle, that’s how it felt to see it.”

About two-thirds of people infected with the Zaire strain of Ebola have died during the current Democratic Republic of the Congo (DRC) outbreak. But Regeneron’s REGN-EB3 and another antibody-based therapeutic called mAb114, which Ridgeback Biotherapeutics makes, have drastically improved the survival rates. Now, about two-thirds of people treated with either drug survive Ebola infection.

But Griffiths, Davey, and others caution that treating Ebola is a long way from curing it.

Read the full article about Ebola virus by Kat McAlpine at Futurity.