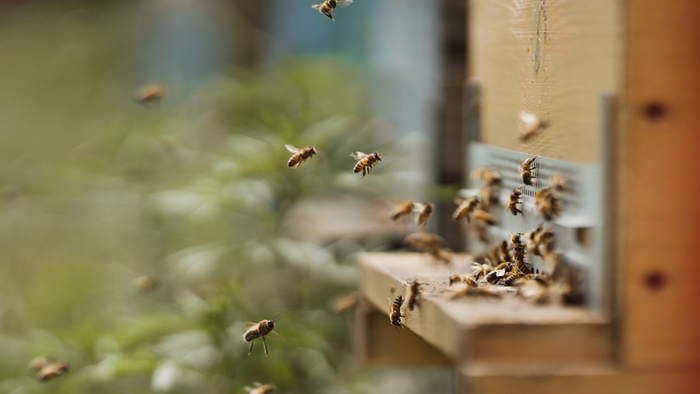 • According to Elizabeth Henderson at Food Tank, neonicotinoids are a downstream, destructive solution to pest problems. To protect healthier crops, farmers should look for more environmentally friendly options.

• Only about 5 percent of pesticides in the coating enters the crop, while the rest contaminates the soil and from there goes into groundwater or streams.

• Here are some other factors into the decline of the bee population.

Insects are our professors of agriculture, guiding organic farmers like me in maintaining a healthy farm ecosystem. That is why I am so concerned about the overuse of toxic pesticides and the massive insect die-offs reported around the world. What is causing this “insect apocalypse” and what does it say about the state of agriculture today?

A study published in the peer-reviewed journal PLOS ONE this week provides new insight. For the first time, it provides a way to compare changes in the toxicity of U.S. agriculture from year to year. The study found that since neonicotinoid pesticides (often shortened to “neonics”) were first introduced in the 1990s, U.S. agriculture has become 48 times more toxic to insects. Incredibly, neonics account for 92 percent of the increased toxicity.

Farmers are attracted to neonics because they can use smaller quantities of them than comparable products. However, while other pesticides break down in the environment within hours or days, neonics can go on killing insects for months to years after they’re applied. They accumulate in the soil contaminating groundwater and streams. And because they are water-soluble, they are taken up into the plants themselves. Bees and birds can be poisoned just by drinking the moisture that treated plants exude. Neonic residues also show up in the food we eat. We cannot wash these pesticides off when we cook with treated crops.

Read the full article on bee-killing neonicotinoids by Elizabeth Henderson at Food Tank.