Preparing for African City Populations to Double by 2050 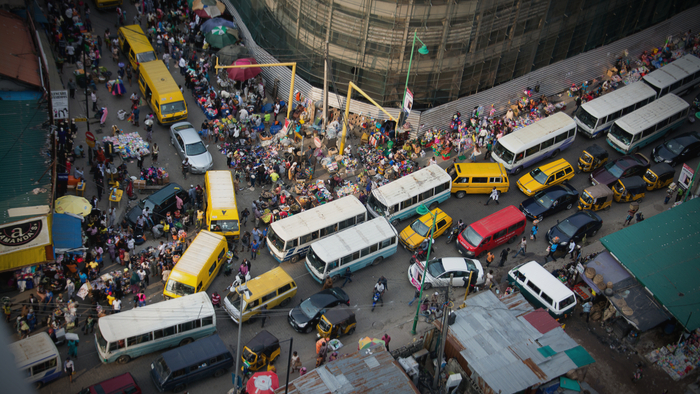 • African city populations are quickly increasing and the continent needs to be able to support this influx. Authors Robert Muggah and Katie Mill explain the constraints on infrastructure and gaps in necessary resources while providing ways that African cities can start to address these issues.

• Read about what youth employment in Africa means for the world.

Africans are moving to the city. Already home to the world’s youngest and fastest-growing population, the continent is urbanizing more rapidly than any other part of the planet. Africa’s 1.1 billion citizens will likely double in number by 2050, and more than 80% of that increase will occur in cities, especially slums. The implications of this turbo-charged growth are hard to fathom.

Lagos – already Africa’s largest city – is predicted to expand by an astonishing 77 people every hour between now and 2030.

Make no mistake – Africa’s future is urban. But in the next two decades, African cities will need to do much more, with much less. While national governments will need to step up and implement regulations to raise public finance, African mayors, city residents and businesses cannot afford to wait. A new mindset is urgently required. But this first requires facing up to the scale of the challenge.

The urban infrastructure deficits are daunting. Africans need to spend between $130-170 billion annually to meet the continent’s basic infrastructure needs. Yet the region is already facing financing shortfalls of $68-$108 billion.

The real question is: how will African cities absorb double their population while using just half the resources over the next 20 years? And how can this be done while improving the overall quality of life? A major part of the answer lies in employing new (and home-grown) technologies, building smarter infrastructure and harnessing the dynamism of the informal sector.  Here are four ways that African cities might start bridging the infrastructure gap:

Global Development is a complex topic, and others found these selections from the Impact Giving archive from Giving Compass to be good resources.

In addition to learning and connecting with others, taking action is a key step towards becoming an impact giver. If you are interested in giving with impact for Global Development take a look at these Giving Funds, Charitable Organizations or Projects.