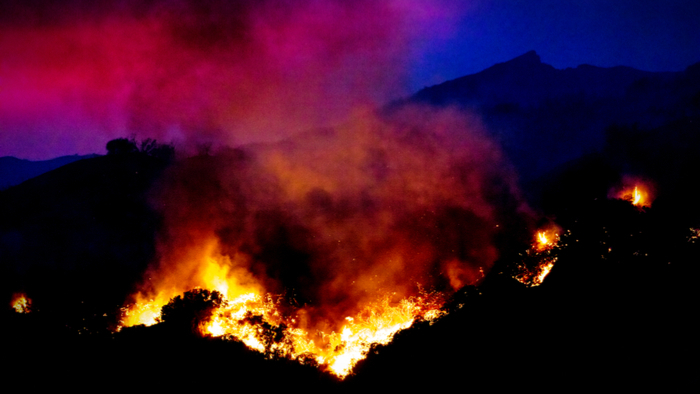 • Max Moritz, Naomi Tague, and Sarah Anderson explain how policymakers can incentivize more responsible building in the wake of wildfires in order to reduce the damage caused by future wildfires.

• Read about a model for wildfire disaster relief.

Wildfire has been an integral part of California ecosystems for centuries. Now, however, nearly a third of homes in California are in wildland urban interface areas where houses intermingling with wildlands and fire is a natural phenomenon. Just as Californians must live with earthquake risk, they must live with wildfires.

Shaped by ignitions, climate and fuels, wildfires are likely to become more frequent and severe with climate change.

But both governments and people tend to adopt only short-term responses that don’t necessarily reduce risk effectively. For example, Interior Secretary Ryan Zinke, after visiting fires in California, said the solution to wildfire prevention is more active management to remove fuel from forests. In a tweet, President Trump criticized California’s handling of the wildfires, blaming its environmental policies and saying that tree clearing is needed to contain fires.

However, focusing on traditional approaches like fighting fires and fuels management alone can’t solve the wildfire problem. Instead, California must become better prepared for inevitable fires and change how it develops future communities.

Addressing the wildfire problem will require policy solutions that reflect a shift in perspective from fighting to coexisting with wildfire. Here are some specific ways to achieve that goal:

Read the full article about preparing for wldfires by Max Moritz, Naomi Tague, and Sarah Anderson at The Conversation.