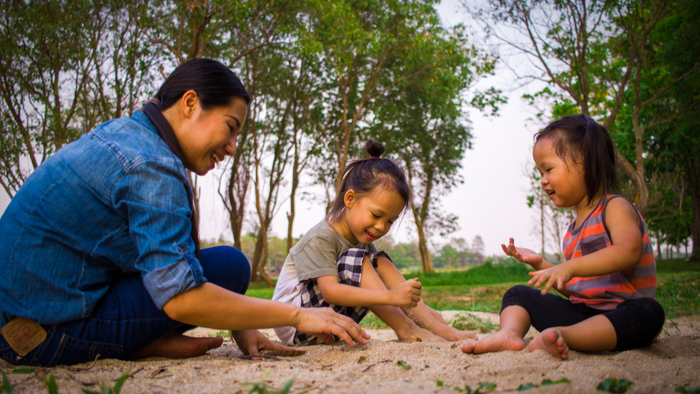 • How can funders help to support improved mental health for people in distress?

• Learn about the importance of great parks.

A few years ago, pediatrician and clinical scientist Nooshin Razani treated a four-year-old girl whose family had recently fled Yemen and settled in the San Francisco Bay Area. The family had received news the night before that members of the father’s family had been killed in a bombing back home. The child was suffering from anxiety. “I was thinking, ‘I have nothing to give to this little girl. What can I give her?'” Razani says. The typical medical response would be to offer the girl some counseling and, if necessary, medication. Razani decided the patient needed an additional, broader prescription. She asked the girl and her parents if they would like to go to the park with her. “The expression on that child’s face, the yearning for a piece of childhood, was deeply moving,” the doctor recalls.

Razani is the founder of the Center for Nature and Health, which conducts research on the connection between time in nature and health and is the nation’s first nature-based clinic associated with a major health provider, UCSF Benioff Children’s Hospital in Oakland, California. The clinic collaborates with the East Bay Regional Park District to offer a program called Stay Healthy in Nature Everyday. Participating physicians share local park maps with their patients and offer family nature outings–70 of them so far. Often, the physicians will join the outings. Burned-out doctors need these experiences too, Razani says.

“We did a randomized study of the impact on the participating families,” she says. “Every single park visit substantially reduced parent stress.” In June 2018, the center began billing insurance companies for patient visits that include nature connection as part of the treatment. This was a breakthrough for the increasing number of US health care professionals who now prescribe nature or integrate it into their practices in other ways, including pediatrician Robert Zarr in Washington, D.C., who organized Park Rx America to encourage health providers around the country to do the same. Neither Razani nor Zarr considers time in nature a panacea, but both regularly witness its preventive and therapeutic effects, particularly on children and adults undergoing traumatic stress.

If you are looking for opportunities to take action and give money to Mental Health, here are some Giving Funds, Charitable Organizations and Projects aggregated by Giving Compass where you can take immediate action.