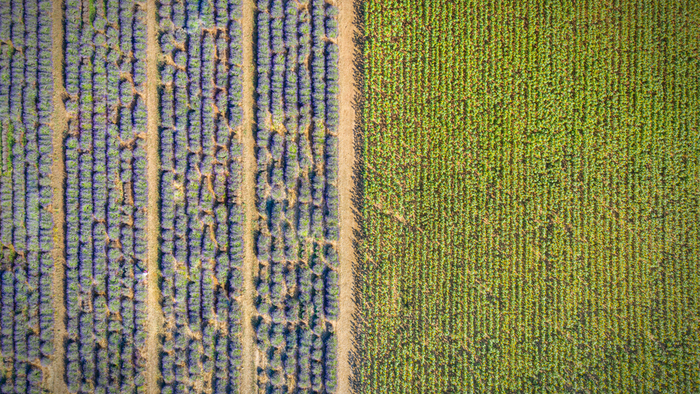 • The Thomson Reuters Foundation highlights efforts of researchers around the world who are working to help farmers fight climate change through a variety of technological advances.

• How can funders best support these efforts? Where is additional support needed most?

• Learn about a marketplace to incentivize farmers to fight climate change.

In decades to come, African farmers may pool their money to buy small robot vehicles to weed their fields or drones that can hover to squirt a few drops of pesticide only where needed.

Smartphones already allow farmers in remote areas to snap photos of sick plants, upload them and get a quick diagnosis, plus advice on treatment.

Researchers also are trying to train crops like maize and wheat to produce their own nitrogen fertiliser from the air – a trick soybeans and other legumes use – and exploring how to make wheat and rice better at photosynthesis in very hot conditions.

As warmer, wilder weather linked to climate change brings growing challenges for farmers across the globe – and as they try to curb their own heat-trapping emissions – a rush of innovation aimed at helping both rich and poor farmers is now converging in ways that could benefit them all, scientists say.

In a hotter world, farmers share “the same problems, the same issues”, said Svend Christensen, head of plant and environmental sciences at the University of Copenhagen.

Agricultural researchers, who have teamed up to boost harvests and fight the major blight of wheat rust are now forming an international consortium in a bid to make wheat stand up to worsening heat and drought.