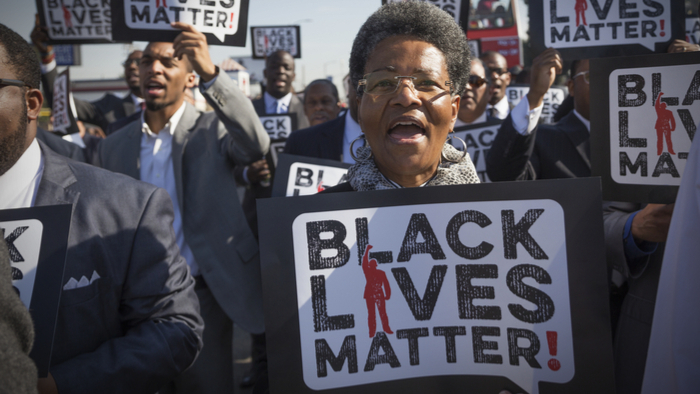 • Julia Beatty shares how her experience at the Neighborhood Funders Group’s 2018 Convening shaped her understanding of philanthropy’s responsibility to fund social movements.

• Why aren’t these movements better funded? What are the advantages of funding social movements?

• Find out why some social movements succeed and others fail.

These words, spoken by Reverend Starsky Wilson, Executive Director of the Deaconess Foundation in St. Louis, are some of the many insights that I’ve been reflecting on since I left the Neighborhood Funders Group’s 2018 Convening, Raise Up: Moving Money for Justice.

In philanthropy, we are finally having some open conversations about race and racism. Talking about white supremacy happens more frequently (though still not frequently enough) in philanthropic spaces. These cultural shifts have happened in large part because of how the movement has pushed us all—not just funders—to acknowledge this country’s long and sordid history of structural racism and injustice.

Throughout the conference, I learned so much from Black and Brown organizers doing critical, powerful work in their communities. I heard the leaders of the Movement for Black Lives articulate an inspiring 5-year strategy for how to work towards a fundamentally different world where Black lives, and their organizations, are valued and supported and where institutions that have been harmful to our communities are abolished and replaced with those that will value and affirm the flourishing of Black lives. During the Native Voices Rising panel I learned about the important, yet vastly under resourced work being led by Native communities to address the structural conditions that stem from a legacy of genocide and which drive the continued marginalization of indigenous people today. I also learned that only 0.5% of foundation money goes towards Native organizing. A shameful half of one percent.

As funders, we are being called in this moment—the question for us is how will we answer?