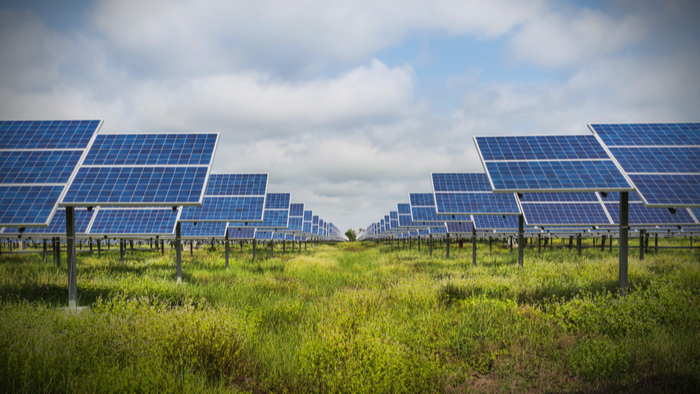 • Farmers are utilizing solar power as a cost-effective way to power their farms and partner with local co-ops.

• How can donors support and spread awareness about the benefits of clean energy in farms?

• Read more about the transition to renewable energy.

Chris Bohr’s farm in Martinsburg, Missouri, has hundreds of acres of soybeans and corn. It also has a 5,000 head hog barn that requires a lot of electricity to power its ventilation system, cooling fans, and lights.

About fifty yards away from the barn are three rows of solar panels. Bohr is among a growing number of farmers that are generating solar power to meet their needs. Bohr received a Rural Energy for America Program, or REAP, grant from the United States Department of Agriculture to help pay for his solar panels. And the number of farmers applying for the grants is going up.

Nathan Tutt, a rural development specialist with the USDA’s Missouri office said there has been a 50% increase in applications for REAP grants in the past two years. While the program funds all kinds of renewable energy programs, the kinds of applications Tutt has received are mostly for solar.

“Over 80% of our applications the past few years have been solar-related,” Tutt said. “The economics of the industry has made it more palatable for people to implement that system into their operations.”

Tutt said there is enough money in the program to fund all but a handful of applications, but that could change if the popularity continues to grow. REAP has $250 million available for renewable energy. They fund small projects where a farmer has to pay at least 75% of the total cost.

“These systems are pretty well maintenance free,” Bohr said. “Everything is monitored by computers, we have apps on our phones where we can actually look at the amount of electricity that is being produced on an hourly basis.”

Learning and benchmarking are key steps towards becoming an impact giver. If you are interested in giving with impact on Environment take a look at these selections from Giving Compass.