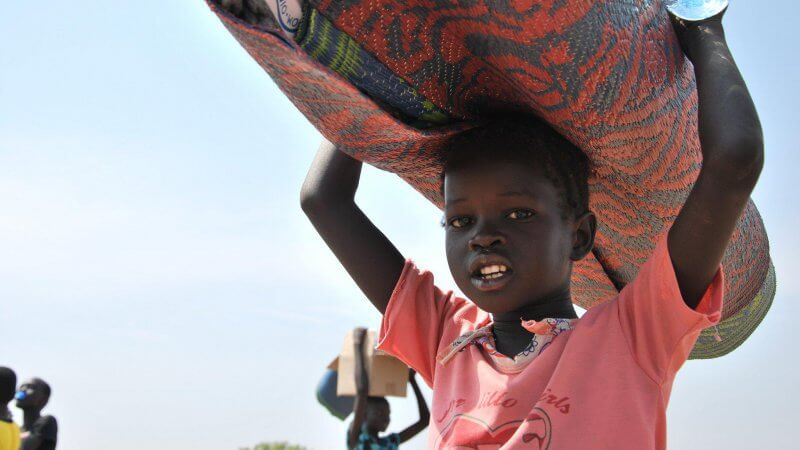 • Migration Policy Institute reports on the refugee crisis South Sudan, where displaced people are fleeing the region due to famine and escalating conflict.

• How can international aid groups alleviate the suffering? It will require a broad, collaborative effort among different sectors, with an emphasis on peace-building.

• Here’s why the effects of hunger will linger after the war ends in South Sudan.

The world’s youngest country, South Sudan has been at the epicenter of an array of destructive dynamics almost since its independence from Sudan in 2011. Violent conflict, severe drought, and man-made famine have coalesced to create a catastrophe affecting millions of people. The intersection of crises has displaced nearly 4 million South Sudanese, about half of whom have fled to neighboring countries, mainly Ethiopia, Kenya, Sudan, and Uganda. The humanitarian emergency is one of the fastest-growing in the world, and the refugee crisis is Africa’s largest since the Rwandan genocide in 1994. The emergency has been classified by the United Nations as among the most severe in the world, alongside those in Syria, Iraq, and Yemen.

Widespread hunger is a key driver of displacement. Millions of South Sudanese do not have access to food and cannot grow crops. To better support those living in long-term displacement, neighboring countries could implement a multifaceted response that including access to primary health care, basic education, and employment.

Due to the sheer size of the refugee flows, funding shortfalls and capacity limitations constrain refugee service provision in practice, even for relatively generous Uganda and Ethiopia. In terms of ending the conflict, implementation of the 2015 peace agreement has stalled, and the United Nations has questioned whether IGAD and the international community will be able to show a “unity of purpose” in support of lasting peace. Ultimately, it will take concerted coordination among national, regional, and international actors to contain and prevent future violence and a new exodus of refugees.

Read the full article about the refugee crisis by Getachew Zeru Gebrekidan on Migration Policy Institute.

Immigrant Refugee is a fascinating topic, and others found these events, galas, conferences and volunteering opportunities aggregated by Giving Compass to be relevant for individuals with a passion for Immigrant Refugee.