The Competitive Advantage of Racial Equity 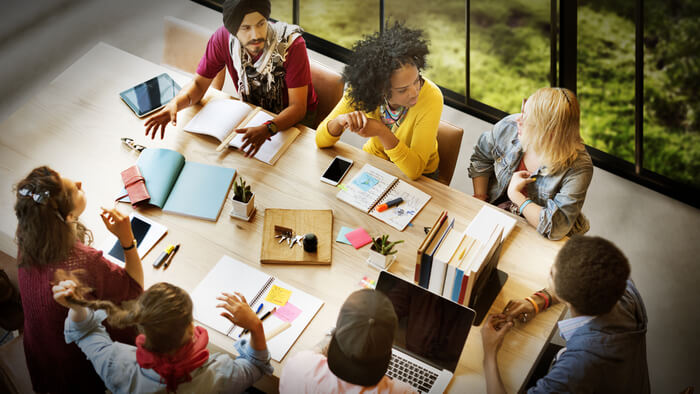 • FSG discusses how advancing racial equality isn’t just a matter of social justice — it can be good for business, too, if corporations recognize where we’re all falling short.

• How can we make sure that companies don’t just give such matters lip service? In what ways can we encourage more equitable hiring practices so more diverse voices are at the executive level?

• Here’s how to incorporate Corporate Social Responsibility into your everyday operations.

Corporate America is missing out on one of the biggest opportunities of our time for driving innovation and growth: creating business value by advancing racial equity.

Developed in partnership with PolicyLink and funded by the Ford and W.K. Kellogg foundations, The Competitive Advantage of Racial Equity highlights examples from 12 leading companies such as Gap Inc., PayPal, and Cigna, who are driving innovation and growth by advancing racial equity.

By 2044, America will be a majority people of color nation. Yet, there are enormous inequities that people of color face in health, wealth, employment opportunities, and so on.

These twin forces of rising diversity amidst persistent exclusion form a core challenge that American businesses must address to remain competitive.

Companies can create economic value and advance racial equity by reconceiving products and markets, redefining productivity in the value chain, and strengthening the business context.

To begin this work, business leaders must first develop a deeper understanding of why racial inequities exist and then take a fresh look at every aspect of their business to find opportunities for business innovation that can simultaneously advance racial equity and also benefit the business.

Read the full article about the competitive advantage of racial equity at FSG.

Corp Giving and CSR is a fascinating topic, and others found these events, galas, conferences and volunteering opportunities aggregated by Giving Compass to be relevant for individuals with a passion for Corp Giving and CSR.

Corp Giving and CSR is an important topic. Other members found these Giving Funds, Charitable Organizations and Projects aggregated by Giving Compass to be relevant to individuals with a passion for Corp Giving and CSR.