The Controversial Development in Baltimore’s Chinatown 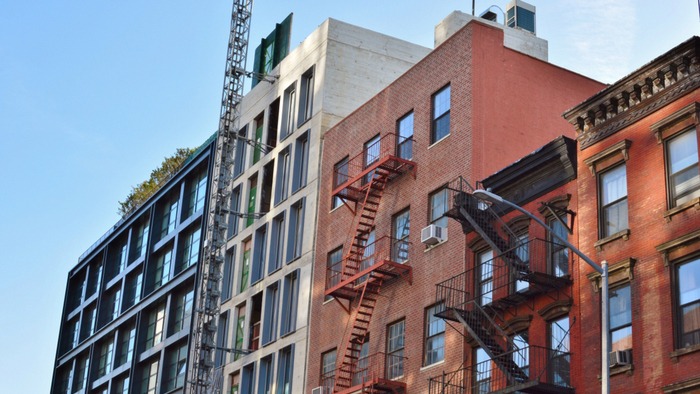 • Amir Khafagy discusses the gentrification and exotification of Baltimore’s Chinatown to the exclusion of the Ethiopian community currently living there.

• How can cities tackle gentrification and ensure there is enough affordable housing?

• Learn about a community-led urban design solution to gentrification.

The remains of Baltimore’s once-thriving Chinatown are now so sparse that most who venture into the city might not realize it’s there.

Yet after several decades of neglect, a renewed vibrancy has emerged: Many of the ornate facades have been supplemented with Ethiopian flags and Amharic lettering on storefront windows. A row of abandoned buildings is enveloped by a large mural of a Chinese dragon and an Ethiopian lion, signifying the neighborhood’s past and present communities. Over the course of a decade, Ethiopian businesses have proliferated along the 300 block of Park Avenue, revitalizing the neighborhood as well as building a space for the city’s Ethiopian community to converge.

In January, the Collective made an agreement with an group of non-Asian developers who are planning a $30 million redevelopment of Chinatown. One of the developers, Vitruvius Co., plans to build an 80,000-square-foot apartment building on a vacant lot in the 400 block of Park Avenue. While a low-income housing shortage has led the state and city to commit to adding affordable units in Baltimore’s downtown, most of the units at the Vitruvius building will be market rate, with only 10 percent earmarked for affordable housing.

The Chinatown Collective’s partnership with the developers has drawn criticism from some who view the collaboration as an attempt to use the Chinatown brand as an engine of displacement.

“The ‘rebuilding’ of a Baltimore Chinatown would be an artificial attempt to conjure up some Orientalist exotic and Disneyfied fragment of what a true Chinatown community is,” said Andrew Leong, an associate professor of philosophy at the University of Massachusetts, Boston, who studies urban Chinatowns. As he views it, any attempt to rebuild Chinatown is inherently exclusionary of the Ethiopian community that currently exists.

Read the full article about the controversial development in Baltimore’s chinatown by Amir Khafagy at City Lab.

Race and Ethnicity is a complex topic, and others found these selections from the Impact Giving archive from Giving Compass to be good resources.