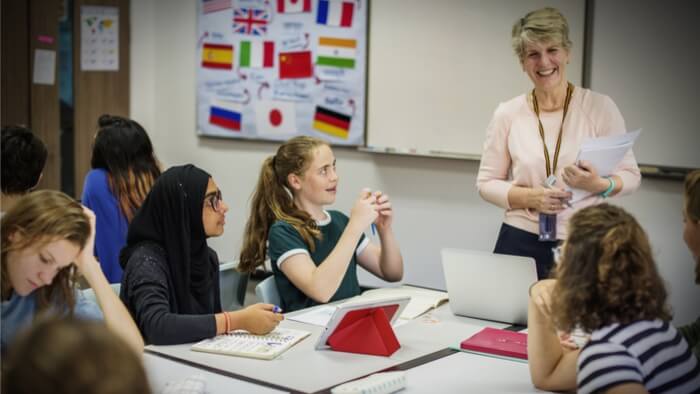 • Sarah Stitzlein argues for more robust social studies education in school as a way to improve civic engagement and connect with youth-led protests and movements.

• What are the most effective ways to engage in civil society and democracy? What role can funders play in advancing civic education?

Social studies is typically considered the most suitable subject area for developing citizenship skills and knowledge. Yet, social studies has been on the chopping block at schools across the country for nearly two decades now, especially in schools serving largely poor and minority students. Because social studies as a subject area is rarely tested in local or state standardized tests, schools have shifted their time and attention to the central tested subjects of reading and math.

What is left of social studies and civics classes have themselves trended toward a more test-like approach, where, in the limited time provided, students strive to get the “correct” answer. Students are left with an impression of civic life as one of memorizing and adopting mainstream practices presented in history books. This is not the sort of nuanced lived and active citizenship that youth are witnessing on their streets or, recently, in their school yards.

Instead, social studies classes should be providing students opportunities to make connections between their lives and the knowledge they learn in class. This requires skills of political critique, skepticism, critical thinking, consideration of alternatives, weighing of evidence and recognition of complexity. And students should engage with real-life examples of citizens actively employing such skills in political and civic life.

Recent national student protests present an important moment in our schools for students to learn more about and engage in political change. To capitalize on this educational opportunity for citizenship development, teachers and parents should talk with students about the walkouts — for instance, by helping students articulate reasons for why they are, or are not, participating.

Read the full article about the importance of social studies classes by Sarah Stitzlein at The Hechinger Report.

Learning and benchmarking are key steps towards becoming an impact giver. If you are interested in giving with impact on Education take a look at these selections from Giving Compass.

If you are interested in Education, please see these relevant Issue Funds, Charitable Organizations or Projects where you can get involved.