The Oil Industry vs. the Electric Car 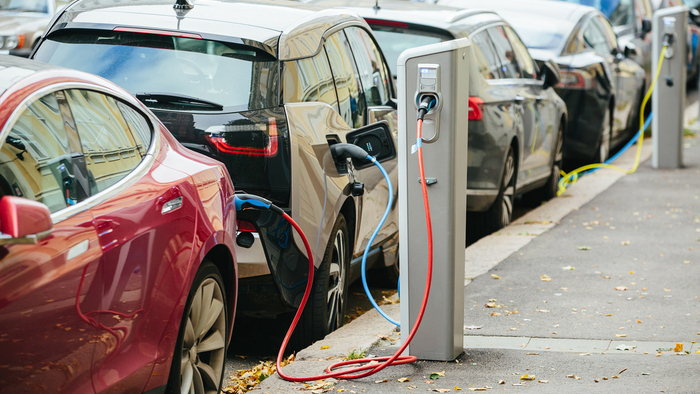 • Gavin Bade looks at how the oil industry is trying to retain its share of the transportation fuel market and lobbying against electric car charging stations.

• How can individuals advocate for these charging stations on the local level?

• Read about the barriers still remaining for electric vehicles.

The oil industry is trying to crush the booming electric car movement.

Groups backed by industry giants like Exxon Mobil and the Koch empire are waging a state-by-state, multimillion-dollar battle to squelch utilities’ plans to build charging stations across the country.

Oil-backed groups have challenged electric companies’ plans in 10 states, according to utility commission filings reviewed by POLITICO, waging regulatory and lobbying campaigns against the proposals. The showdown is taking place as utilities, eager to increase the demand for power, push for approval to build charging networks in locations such as shopping centers and rest stops in more than half the nation.

In Illinois and Iowa, the American Petroleum Institute joined with Americans for Prosperity — a political group funded by the Koch oil empire — to oppose utilities’ electric vehicle investments.

Oil groups are far from alone in critiquing the utility charging proposals. Consumer advocates and some independent charging firms argue that utilities, which operate as monopolies, are using electric vehicle infrastructure to pad their balance sheets because their captive customers will have to pay for the investments.

Utilities say the upfront cost of charging stations is minimal for ratepayers, and that customers’ bills may actually drop as electric vehicle adoption grows because the cost of power grid infrastructure will be spread over a larger base of power demand.

Whether gasoline-powered vehicles can hold on to their market is increasingly in doubt. By 2040, electric vehicles could make up as much as 40 percent of the U.S. passenger vehicle fleet and 60 percent of sales, up from 2 percent of sales today, according to Bloomberg New Energy Finance. That would erase demand for more than 3 million barrels of oil a day — or more than 20 percent of current transportation consumption.

Read the full article about the oil industry vs. the electric car by Gavin Bade at Politico.

Since you are interested in Clean Energy, have you read these selections from Giving Compass related to impact giving and Clean Energy?

Learning with others and benchmarking are key steps towards becoming an impact giver. If you are interested in giving with impact for Clean Energy, take a look at these events, galas, conferences and volunteering opportunities to connect with individuals like you.