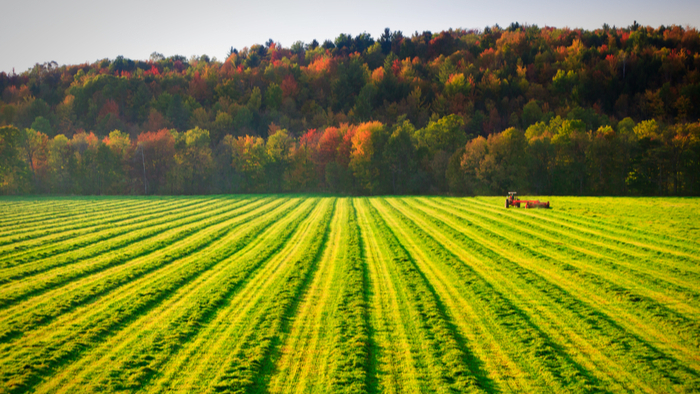 • The report highlights good news: We can start working on solutions right now. How is your giving aligned with the issue of climate change?

1. Climate Change is Already Impacting People and Ecosystems on Land
Although climate change has been viewed as a challenge for future generations, the Special Report finds that impacts are already putting pressure on people and ecosystems. For habitats around the world — from rainforests to grasslands — changing rainfall patterns and temperatures are pushing ecosystems past their limits. This means species that have adapted to particular climates may be at risk of extinction as their habitats change, like the Bramble Cay melomys, the first mammal to go extinct from climate change.

For people, climate impacts on land threaten lives and livelihoods. Dangerous events caused by changing weather patterns, including flooding, drought, wildfires, and extreme heat — like the blistering heat wave that hit Europe this summer — are becoming more common across the globe. Climate change impacts are also undermining food and water security. Across Africa, yields of staple crops like maize, wheat, and sorghum, and a variety of fruits have significantly decreased in recent years because of changing rainfall patterns and drought.

2. Changes to Land are Driving Climate Change
While climate change is causing major changes to land, changes to land are also causing climate change. Currently, human-driven changes to land cause roughly a quarter (23%) of man-made emissions. Activities like agriculture and food production, deforestation, and desertification (when fertile land turns to desert) are some of the biggest sources of climate change on land and some of the biggest barriers to sustainable development. In northern Guatemala, for example, land and soil degradation from deforestation has been reported as a major reason why people are leaving their homes and becoming migrants.

3. We Can Harness Solutions from the Ground up, Right Now
Thankfully, the Special Report is not all doom and gloom; it outlines big solutions that exist right now. We can change the way we use land to create wins for climate action and the Sustainable Development Goals (SDGs): Reducing emissions from land is essential to meeting our 2030 climate deadline, when global emissions must be reduced by 45%. And doing so in a way that protects, preserves, and restores life on land (SDG 15) can drive progress on other SDGs like zero hunger (SDG 2) and economic growth (SDG 8).

Read the full article about the IPCC Special Report on Climate Change and LandD by Monica Dean and Chandler Green at United Nations Foundation.