Understanding the State of Global Water Supply and Access 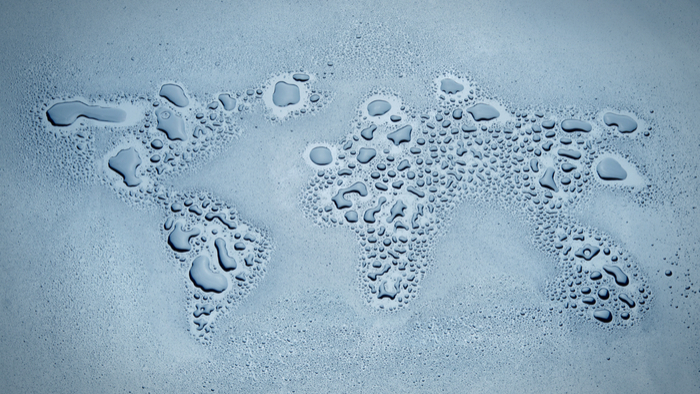 • Research from UNESCO lays out the state of global water supply and access, highlighting the shifts that are needed to reach the SDGs by 2030.

• How can funders use this information to direct water-related efforts?

• Learn about the importance of providing reliable water sources.

Improvements in water resources management and access to water supply and sanitation services are essential to addressing various social and economic inequities, such that ‘no one is left behind’ when it comes to enjoying the multiple benefits and opportunities that water provides.

Water use has been increasing worldwide by about 1% per year since the 1980s, driven by a combination of population growth, socio-economic development and changing consumption patterns. Global water demand is expected to continue increasing at a similar rate until 2050, accounting for an increase of 20 to 30% above the current level of water use, mainly due to rising demand in the industrial and domestic sectors. Over 2 billion people live in countries experiencing high water stress, and about 4 billion people experience severe water scarcity during at least one month of the year. Stress levels will continue to increase as demand for water grows and the effects of climate change intensify.

Global cost-benefit studies have demonstrated that water, sanitation, and hygiene (WASH) services provide good social and economic returns when compared with their costs.

Safe drinking water and sanitation are recognized as basic human rights, as they are indispensable to sustaining healthy livelihoods and fundamental in maintaining the dignity of all human beings.

Who are being left behind?

There are multiple prohibitive grounds of discrimination, but poverty usually figures quite prominently.

Women and girls regularly experience discrimination and inequalities in the enjoyment of their human rights to safe drinking water and sanitation in many parts of the world. Ethnic and other minorities, including indigenous peoples, migrants and refugees, and people of certain ancestries (e.g. castes), often experience discrimination, as can religious and linguistic minorities. Disability, age and health status can also be a factor, as persons with physical, mental, intellectual or sensory impairments are disproportionately represented among those who lack access to safe drinking water and sanitation. Differences in property, tenure, residence, and economic and social status can lead to discrimination as well.

These do not necessarily constitute an exhaustive list of such specific disadvantaged groups or individuals in vulnerable situations, and it is important to note that some people may suffer from multiple forms of discrimination (intersectionality).

People from different groups are ‘left behind’ for different reasons. Discrimination, exclusion, marginalization, entrenched power asymmetries and material inequalities are among the main obstacles to achieving the human rights to safe drinking water and sanitation for all and realizing the water-related goals of the 2030 Agenda. Poorly designed and inadequately implemented policies, inefficient and improper use of financial resources, as well as policy gaps fuel the persistence of inequalities in access to safe drinking water and sanitation. Unless exclusion and inequality are explicitly and responsively addressed in both policy and practice, water interventions will continue to fail to reach those most in need and who are likely to benefit most.

Improving water resources management and providing access to safe and affordable drinking water and sanitation for all is essential for eradicating poverty, building peaceful and prosperous societies, and ensuring that ‘no one is left behind’ on the road towards sustainable development. These goals are entirely achievable, provided there is a collective will to do so.

Read the full article about global water supply and access at UNESCO.