Using A Giant Vacuum To Clean Our Beaches 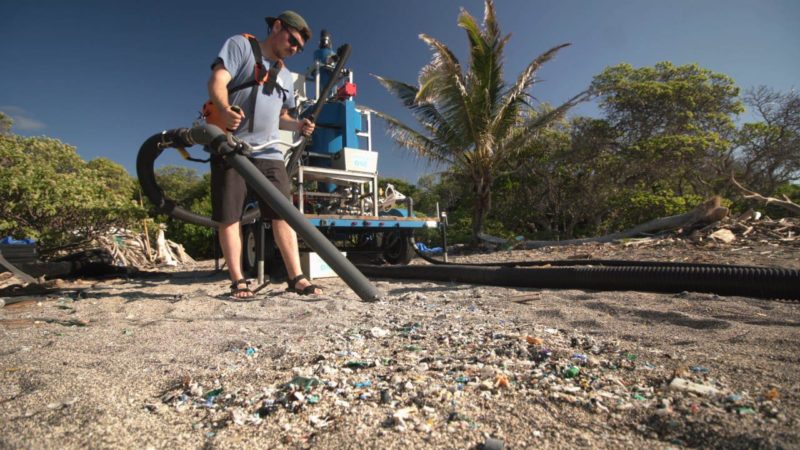 · The author explains how a giant vacuum is helping to reduce plastic pollution on our beaches by separating pieces of tiny plastic from the sand.

· How was this technology developed? How is it helping the environment and fighting plastic pollution? What can donors do to support the further development of this technology?

· Here’s what donors can do to help with plastic pollution.

Embedded in the sand are millions of pieces of tiny plastic that even the most dedicated beach cleanup volunteers can’t collect. This vacuum grabs them but leaves the sand in place.

A remote beach on the southern tip of Hawaii’s Big Island is known for its trash: In a typical year, volunteers collect around 20 tons of plastic waste from the area as currents wash up old toothbrushes, plastic bottles and other single-use packaging, and mounds of fishing nets.

The machine, called the Hoola One, sucks a mixture of sand and plastic into a tank that separates particles by weight, so plastic can be filtered out. Clean sand and rocks weigh more and sink to the bottom, where they can be returned to the beach. The machine processes around three gallons of sand a minute.

In April, the students delivered a prototype of their machine to the beach—driving it off-road through a lava field to get there—and then spent two weeks testing the machine. After some tweaks to the vacuum system, everything worked. The students are still waiting for test results that will show how well the machine captured plastic of a certain size and, critically, whether it had any impact on tiny wildlife living in the sand.

Read the full article about plastic pollution by Adele Peters at Fast Company.

Since you are interested in Environment, have you read these selections from Giving Compass related to impact giving and Environment?

If you are looking for opportunities to take action and give money to Environment, here are some Giving Funds, Charitable Organizations and Projects aggregated by Giving Compass where you can take immediate action.