What Happened to the Public Service Loan Forgiveness Program? 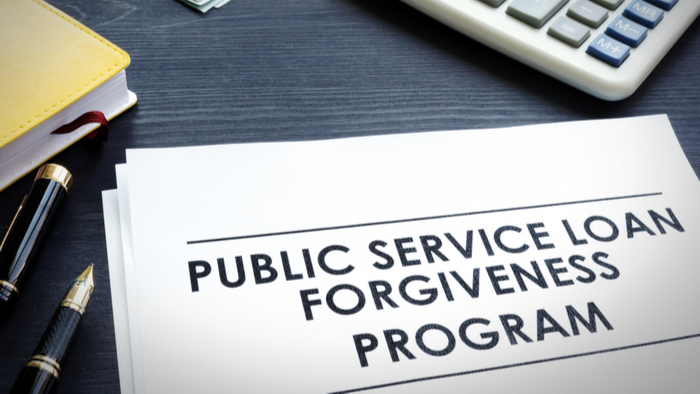 • Allana Akhtar discusses the failings of the Public Service Loan Forgiveness program and what it means for essential public service employees.

• Learn more about the financial problems plaguing the teaching profession.

Despite Congress promising widespread student loan forgiveness over 10 years ago, over 80,000 workers — many of them teachers, police officers, and firefighters — have yet to see their debt removed.

Congress created the Public Service Loan Forgiveness program (PSLF) in 2007 to encourage graduates to go into low-paying but necessary jobs — such as teaching and law enforcement — without worrying about paying off student loans. Qualifying graduates need to work full-time for federal, state, and local government agencies, make 120 on-time payments, and work a decade in their respected field.

Yet since 2017, the first loan forgiveness year, more than 80,000 professionals had been denied student loan debt forgiveness, according to a New York Times report by Erica L. Green and Stacy Cowley. Fewer than 1% of applicants in 2017 got accepted that year. The writers reported that mismanagement, poor record keeping, and miscommunication from the forgiveness program are to blame.

The Pennsylvania Higher Education Assistance Agency, the unit that manages PSLF and has a contractual relationship with the Department of Higher Education, failed to accurately track monthly payments for the PLSF applicants, the Times reported. The agency told many applicants they were on track for loan forgiveness, but ended up rejecting their application for not meeting requirements.

The reported shoddy management of PSLF has driven some professions, most notably teaching, into a crisis.

Some jobs that qualify for public service loan forgiveness have higher rates of depression and suicide than the general population.

Some of the rejections are due to miscommunication on part of private loan servicers. Congress mandated all PSLF applicants take out federal loans, not bank loans, and to pay back the debt using a program tied to their incomes. Many applicants weren’t aware of these rules, the Times reported.

If you are looking for opportunities to take action and give money to Higher Education, here are some Giving Funds, Charitable Organizations and Projects aggregated by Giving Compass where you can take immediate action.