What Money Can Do in Prison 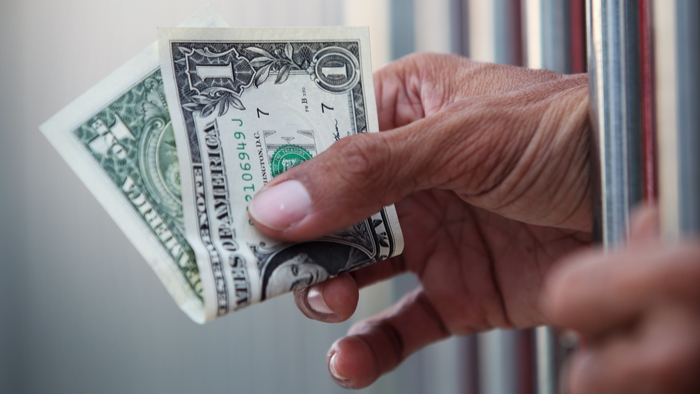 • Morgan Godvin explains that advantages that money can provide in prison, highlighting the ways in which the poor are disadvantaged in the system and when they get out of prison.

• How can funders work to ensure that all inmates are given a fair chance to successfully reenter society after prison?

• Learn about the impact of prisons cutting off visits.

My federal prison sentence ended three months ago, and for someone who’s been free only that long, it would appear that I have accomplished quite a lot. During my last year of confinement, I moved into a halfway house and enrolled at Portland State University; I received high academic honors, and an upcoming study-abroad scholarship to South America; I got a job as an interpreter for a medical contractor, using the Spanish I learned in prison.

Does that mean prison “worked” for me? Or have I managed to thrive just because I was among the 1 percent of prisoners in the first place?

Over the three and a half years that I was incarcerated, I was able to spend more than $20,000 on food and toiletries at commissary as well as the social and economic lifeline of phone calls and emails. That’s how much it costs to keep a connection to the real world—and therefore to potential future success—from prison.

That adds up to $588 per month. And in prison, we make cents on the hour at best, if we can even get a job.

For anyone without outside help, those costs are way out of reach.

Do not think I didn’t suffer in prison just because I had commissary and communication. The degradations and depravations were constant. But it is true that I suffered less. I never had to develop a “hustle” to afford basic hygiene supplies. I never went more than a few days without talking to someone I knew or loved or who could help me. I was able to preserve my social relationships despite the time and distance.

Having no money in prison destroys your social ties and perpetuates criminality. This is the fate to which we condemn most of our prisoners.

Read the full article about money in prison by Morgan Godvin at The Marshall Project.